‘I absolutely experienced racism in and out of tennis,’ says former Wimbledon finalist Mal Washington 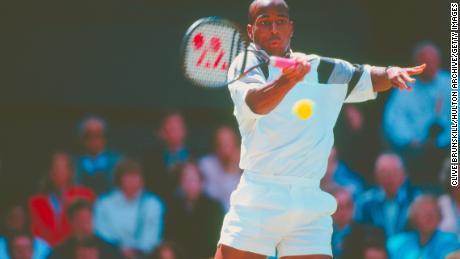 On July 7, 1996, Washington strode onto Centre Court beside Dutchman Richard Krajicek for the biggest match of his career: the Wimbledon final.It was the first time two unseeded players had reached this final, which was also disrupted by an infamous streaker appearance just before the coin toss.The match itself was over in 94 minutes with Krajicek needing only three sets to dismiss his opponent. But the feeling of being there on that day, on the cusp of history, lingers on for Washington."It's distressing. It's unfortunate and a little sad," Washington told CNN Sport as he reflected on that 24-year record and that it's also 45 years since a Black American last won Wimbledon."I'm surprised that we don't have more Americans, period, on the men's side, but also more Black men who are succeeding at a high level."READ: Novak Djokovic's week to forget

He says people underestimate just how difficult it is for a player of any colour to achieve the feat — especially in the era of Roger Federer, Rafa Nadal and Novak Djokovic, the sport's Big Three.'"It's like catching lightning in a bottle," says Washington. "The last American man to reach the final of a major was in 2003, Andy Roddick … I mean, that just shows you how difficult it is not just for people of colour, but for people in general to reach the final of a major. "A lot of that has to do with, you know, someone named Federer and Nadal and Djokovic over the past 15 years."But it also has a lot to do with what he calls "the numbers game.""A young Black boy who's five years old, 10 years old, can turn on the TV Saturday or Sunday during any college football or pro football season, and he can see a ton of players that look a lot like him. Guess what? That's his guy and that's who he wants to be. That's not necessarily the case at all with tennis on the men's side."The 51-year-old knows he was lucky. Like so many other professionals in the game, it was his father who introduced him to tennis at the age of five and instilled in him a work ethic so strong that he and three other siblings went on to play professionally.But the experience of seeing other players that looked like him succeed, also had an impact, notably Frenchman Yannick Yoah, who won the French Open in 1983."I loved a guy like Yannick Noah … I was asked to warm him up at the US Open when I was still a junior. And I thought it was like the coolest thing in the world."But I was worried about screwing it up and nervous I'd turned up at the wrong court. A few minutes before 6 p.m. I saw this sea of people coming towards the court. "You could see his head and these dreadlocks and hear that French accent above the crowd walking towards me. We exchanged a few words; he said, 'I heard you're a promising young player, good luck.' It was a special moment for me." 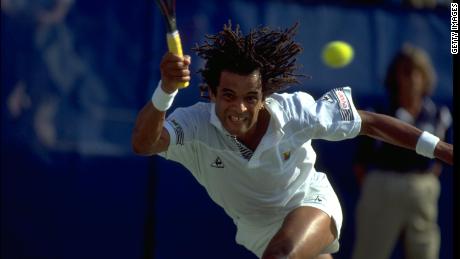 READ: Federer to miss rest of 2020 season after injury setback

'They didn't allow Black players at that particular club'

Not all of it was special. Growing up in a sport that was overwhelmingly White, Washington tried not to let the color of his skin dictate what he could achieve on court, though others did."I absolutely experienced racism in tennis and out of tennis. There were times growing up you'd play played [a] junior tournament of multiple age groups and you just kind of knew — or were told — you weren't going to play at that particular club. They didn't allow Black players at that particular club."But the worst examples of racism came through discrimination in the draw."You'll see a draw, 32 players let's say, and three of the players are Black … And there were times where it was just kind of uncanny how two of the Black players faced each other in the first round, and then if you won, you were going to play the third Black person in the second round."And you're just thinking … all right, it could have just been the luck of the draw? But then when it happens a few times it kind of makes you wonder — OK, are they fixing the draw just to eliminate the Black players from the draw? I would argue that every Black tennis player at some point has seen that." 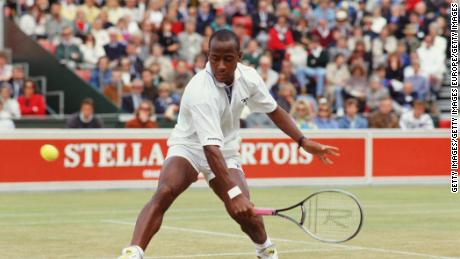 READ: Serena takes to the tennis court with daughter Olympia

As he progressed up the tennis ladder Washington says he was dealt with "more integrity." Even so the top level of tennis wasn't immune with a racial slur or joke occurring here and there."There were incidences that happened not ever necessarily with the tournament officials, but maybe someone who's working for the tournament … various comments or jokes that they thought were kind of funny that I was thinking, all right, that's completely out of line," says Washington.The ATP did not immediately respond to CNN's request for comment.Does he wish he would have said something at the time? "Yes, I do," he replies."There's a part of me that wishes I had because it could have been an educational moment right there. But there's also a part of me that also says, you know what? I don't want to spend all my time trying to correct what I perceive as a racially-motivated event. That's not the best use of my time."So Washington used his time in a very different way. After reaching the final of Wimbledon — a moment that would prove to be the summit of his career — he decided to launch the MaliVai Washington Foundation to help bring tennis to underprivileged urban kids. He didn't need to look far to find the right spot."You go into this area of Jacksonville (Florida), the 32209 zip code. You go into that area. The last thing you expect to see is tennis. You'll see a group of kids on the court playing tennis, playing compRead More – Source