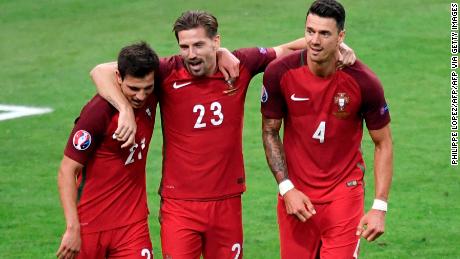 But before a ball had been kicked, coach Fernando Santos prophesied an unlikely victory. "From the first moment, the first qualification game, he said, 'We will win Euro 2016,'" Portuguese right-back Cédric Soares tells CNN Sport. "He put it up on the board. In that time, no one really believed him. And during the qualification games he was already putting the same message on the board — 'We will win Euro 2016.' We hadn't even qualified!"Friday marks four years since Portugal's 1-0 victory over France in the final of the Euros. The host nation had enjoyed a smoother passage to the final and was tipped to win, only for Eder's long-range, extra-time strike to spoil France's party in Paris' Stade de France and grant Portugal its greatest moment in international football.Visit CNN.com/sport for more news, videos and featuresAnd it was largely achieved without the talismanic presence of Cristiano Ronaldo, who had been helped off the field in tears after sustaining a knee injury in the first half after he was tackled by Dmitri Payet.Ronaldo, who was denied European glory in 2004 with defeat in the final to Greece, would spend the remainder of the game restlessly hobbling along the sidelines, shouting orders to his team.As for those on the pitch, the absence of their captain proved a galvanizing moment. "It was tough to digest," defender Jose Fonte tells CNN Sport as he reflects on the final. "But once (Ronaldo) got off the pitch, we were looking at each other and I saw the resilience in my teammates. I saw they grinded their teeth and said, 'Let's go. It's going to be without Ronaldo today. We've got to do it without him, so we've got to work even harder.' "That was the attitude during the game and at halftime — we just kept believing. It made us even stronger, I think." 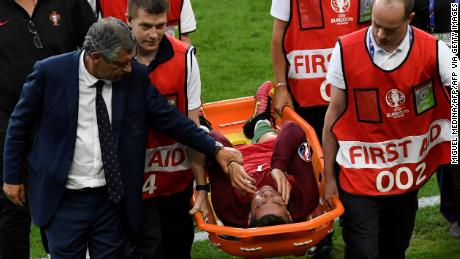 Paris' Portuguese community had provided dedicated pockets of support in stadiums throughout the tournament, but back home fans eagerly awaited the team's return.Having seen the country's golden generation of the early 2000s — which included the likes of Luis Figo, Rui Costa, Joao Pinto and Deco — fall short at major tournaments, victory in 2016 felt overdue."It was absolute madness, there were incredible scenes when we got out of the airplane," says Fonte, who starred throughout the knockout rounds in 2016. "Even in the air, we had two fighter jets coming alongside us when we got into Portuguese airspace. I remember seeing them with the Portugal scarf and flag in the airplane, that was incredible. "Then we landed … I started seeing people waiting for us outside the airport. And then the bus parade, there were millions and millions of people in the streets celebrating with us. No one will ever forget that moment — it was just an unbelievable thing to just be part of, unbelievable." 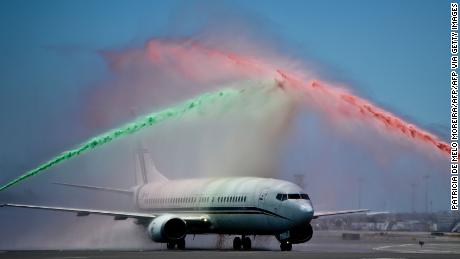 READ: Black MLS players raise gloved fists in racial justice protestRed and green jets of water greeted the flight as the team touched down in Lisbon, while thousands lined the streets for the trophy parade through the capital. "I felt like the happiest man in the world because wearing your national team's shirt is unique and to win a trophy for your country is every player's dream," winger Nani, who won the Champions League and four Premier League titles with Manchester United, tells CNN Sport. "It was the highest point of my career. It was so good to give this joy to our people." 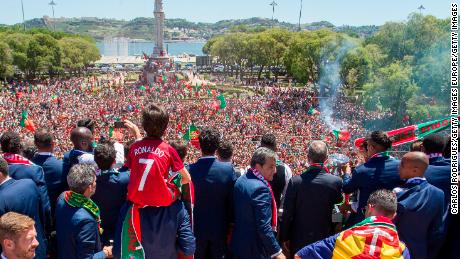 In the final against France, Portugal proved it was more than just a one-man team in Ronaldo. His influence throughout the tournament was undeniable — providing two crucial goals to salvage a draw in the group stages against Hungary and breaking the deadlock in the semifinals with a leaping header against Wales. But the confidence Santos — now aged 65 — had ingrained in his players ultimately shone through."Obviously (Ronaldo) is the best in the world," says Fonte. "Having the best in the world in your team, you know you're always going to be dangerous; you're always going to create situations and you know you can win games. "We just thought that we can beat anyone with him on the pitch. Portugal has a lot of good individual players, but we are stronger because of our team spirit, our organization, our manager."When Fernando Santos took over, I think that was a change in mentality. His belief in us, belief in the team, it really made us think that we could do it since the beginning." 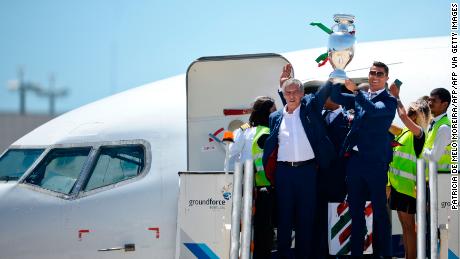 READ: Zlatan Ibrahimovic says he is 'president, coach and players' at AC Milan after comeback win

It was with that belief and unflinching determination that Portugal navigated its path to European success.After scraping through to the knockout rounds by dRead More – Source