Goalkeeper, 16, makes remarkable recovery after being struck by lightning 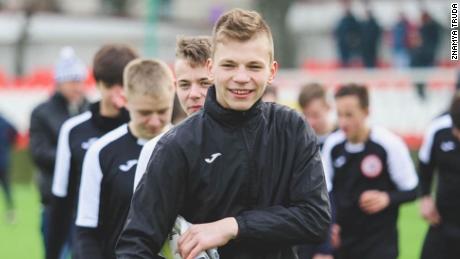 Footage of the freak incident showed the teenager being hit by the bolt as he went to kick a ball into the goal, while his teammates were training near the touchline. The video then shows Zaborovsky falling to the ground before he was rushed to the hospital. The Znamya Truda keeper was placed into an induced coma while his injuries were assessed but, after less than three weeks, Zaborovsky is back playing with the senior side.The promising youngster, who recently signed a new contract with the Russian third-tier club, says he doesn't remember the incident and has just a burn on his chest as a result."It was difficult to breathe, but thRead More – Source