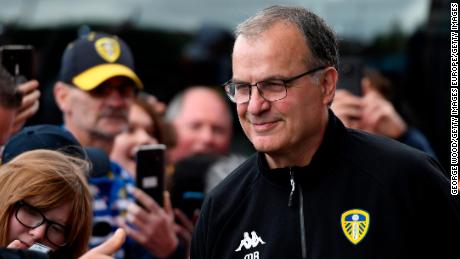 Since it last played in the Premier League, Leeds has tried 15 managers in a bid to restore it to its former glory days, but only the latest, a 64-year-old Argentinian with a reputation for eccentricity, hence his nickname "El Loco" (mad man), has succeeded.Marcelo Bielsa, who counts top coaches Pep Guardiola and Mauricio Pochettino among his admirers, is now a revered figure for fans of the northern England side, long a "sleeping giant" while sides across the Pennines in Manchester United and lately Manchester City have dominated the Premier League title race.Since being recruited by Leeds' Italian owner Andrea Radrizzani, Bielsa has transformed a mid-table team in the second-flight Championship to title winners, playing his brand of high-pressure, attacking football that places incredible demands on players but also brings results.The journey from also-rans to champions has not always been smooth and Bielsa's attention to detail and preparation landed him in hot water last season when it was revealed he had sent a "spy" to watch rival Derby County in training, with Radrizzani left to apologize for his actions.It was typical of Bielsa, who undertakes exhaustive scouting and detail on his opponents."I think he is the best-prepared manager I've ever seen in my life," Manchester City's boss Guardiola has been quoted.Another side was also revealed during his momentous first season at Leeds, winning a FIFA Fair Play Award for ordering his side to allow Aston Villa to equalize after Leeds had scored in a key clash with a Villa player down injured.Disappointment followed as Leeds faltered in late season having led the standings, slipping out of the top two automatic promotion spots, then losing 4-3 to Derby in the playoff semifinals.Many expected Bielsa to depart, but in a coronavirus-interrupted season he has led Leeds back to the promised land of the Premier League and the massive financial rewards on offer.Whether he can go a step further and bring the sort of success that the club enjoyed in the late 1960s and 1970s under Don Revie will be a talking point next season. 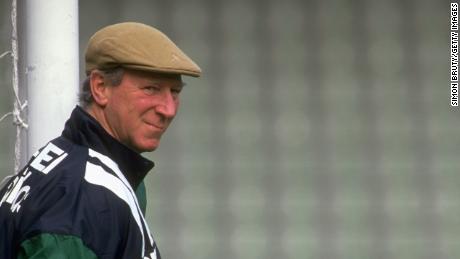 In a sad footnote, three of the club stalwarts from the era, 1966 World Cup winner Jack Charlton, Norman Hunter and Trevor Cherry have passed away during the course of this extended season.Radrizzani, who is reportedly set to offer Bielsa a new and extended contract, will be hoping for success on the pitch, the club won the last title of the old Engllsh First Division in the 1991-92 season before the Premier League was formed, but also to avoid the ruinous financial turmoil the club endured at the start of the century.In a bid to compete with the likes of Manchester United, Leeds, who reached the semifinal of the Champions League in 2002, overstretched its budget and paid a heavy price with the exodus of top stars and relegation in 2004.The club went into administration and had the indignity of a spell in England's third flight before returning to the competitive 24-team Championship in 2010 as League One runners-up and enduring a frustrating decade with a string of managers and also uncertainty off the pitch until Radrizzani restored some stability.Winning promotiRead More – Source