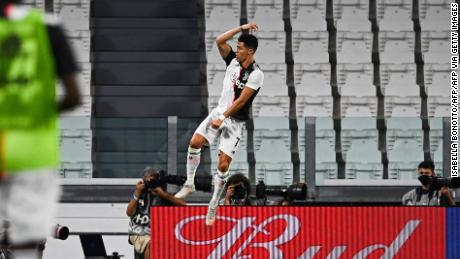 It means the Portuguese forward is the first player to reach a half-century of goals in Serie A, La Liga and the English Premier League. His 30 league goals in 30 matches this campaign puts the 35-year-old alongside Ciro Immobile, who scored late on for Lazio, as Serie A's leading goalscorers. Visit CNN.com/sport for more news, videos and featuresJuventus had been without a win in three matches before Monday's game, but the victory saw the Bianconeri move eight points clear of second-placed Inter Milan with four games remaining and close in on a ninth successive league title. Ronaldo downplayed his landmark goal at the final whistle."Records are always important, but what matters is the team," he said. "We are doing phenomenal work and the important thing is to end like this, to win — the records come from a natural process, but what matters is to bring home the league title." 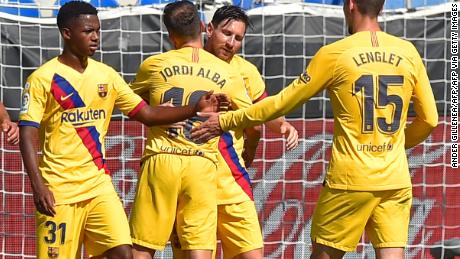 Following a goalless first half, Ronaldo broke the deadlock from the penalty spot after Bastos was judged to have handled the ball in the box. His second came minutes later courtesy of a long run from Paulo Dybala, who won possession in his own half and selflessly fed Ronaldo in front of goal. 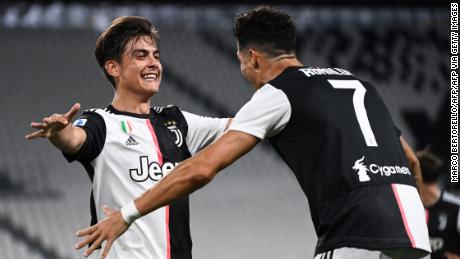