HomeTennisWould Serena play US Open without daughter? Her coach doubts it
Tennis

Would Serena play US Open without daughter? Her coach doubts it 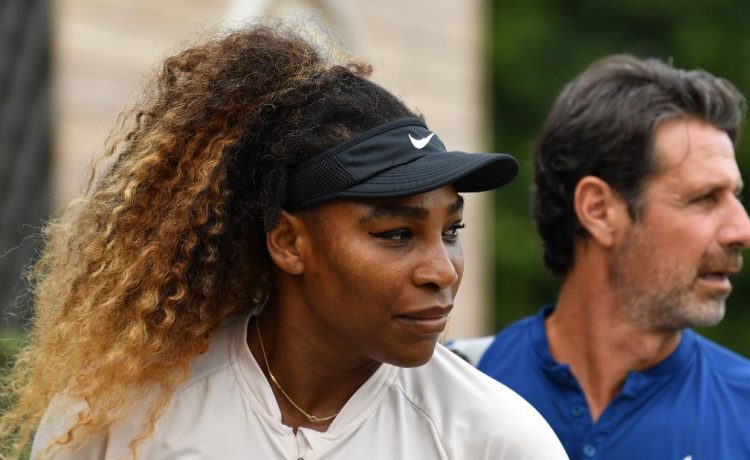 Williams' coach Patrick Mouratoglou told CNN that the record 23-time grand slam winner — and six-time champion in New York — most likely won't take part in her home major if her nearly three-year-old daughter Olympia isn't with her. Tennis officials are debating limiting player entourages to one accompanying person only, to enable the Grand Slam to safely take place. Follow @cnnsport "Will she be OK to be three weeks without a daughter? I doubt it," Mouratoglou said. "She's never been one day without her … but only she can answer this question." The USTA is set to decide on the fate of the year's third grand slam this week, possibly on Monday. Williams' personal decision comes at a time of intensifying debate about how competitions like the US Open can be held. Last week, divisions between players emerged after the USTA proposed a series of strict restrictions to enable the grand slam to take place. The governing body proposed creating a bubble for players at an airport hotel outside of Manhattan — where most players stay — and restricting entourage numbers to just one.

The plans were met with strong opposition from some leading pros, including reigning Wimbledon champions Novak Djokovic and Simona Halep. Djokovic used the word "extreme" and said choosing only one person would be "impossible." Rafael Nadal, meanwhile, told reporters earlier this month it wasn't an "ideal" situation. The other member of the men's Big Three, Roger Federer, won't be at the US Open if it is held as he is recovering from a second knee surgery in 2020. Djokovic, the world No. 1 who is also president of the ATP Player Council, then faced criticism from former Australian Open semifinalist Danielle Collins. "This is a massive opportunity for players to start making money again, and here we have the top player in the world saying only being able to bring one person will be too difficult because he won't be able to bring his entourage," the 51st-ranked American wrote on Instagram. Mouratoglou accepts the limitations of moving between hotel and the stadium for weeks would be a challenge, but he thinks from a logistical standpoint it could still work. "I think it's possible to go with just a coach," he said. "I mean 40 years ago it was like that … so if I speak for myself, I would do the practice sessions. I would have to play with Serena, or she can hit with other players rather than her hitting partner. The fitness I can do, I can have the fitness coach send me the sessions. "She can use the physios at the facility. So everything is possible."With tentative plans set for the Cincinnati Open to take place at Flushing Meadows as a warm-up event before the US Open, the main draw would get underway Aug. 31. Regardless of the difficulties, the financial impact of the pandemic on tennis players themselves is now becoming so acute, that Mouratoglou — sharing a similar stance to Collins — says the US Open must take place.The players have been off the tour since early March, with Wimbledon in July officially canceled two months ago. "No discussion," he said. "It needs to take place for financial reasons. It's a big federation with a lot of people working that they need to pay. I know the USTA already had to fire quite a lot of people, and I think they need this money."

It is with this existential backdrop for the sport that this weekend Mouratoglou launched the 'Ultimate Tennis Showdown' — a round-robin tournament featuring top players from the men's game including ATP Finals winner Stefanos Tsitsipas. They compete under a completely new format and rules, with matches broadcast live via a streaming platform for a subscription of $11 per month. It's a reimagining of tennis that Mouratoglou has long thought about. Now with Covid-19 restrictions keeping the traditional tennis season on hold, he has taken his chance. "If people like it, if people subscribe because they really enjoy watching UTS matches, then we are set to survive in an extremely difficult economic environment," the Frenchman said. "My goal is to bring onboard new fans. And if we bring new fans, it's going to be great for the whole industry. And I'm sure that some of them will discover tennis. And maybe if they start to like this sport and like the players, they will also watch ATP, WTA and grand slams."The tournament appeals by both providing live competition under current social distancing rules, and breaking the traditionRead More – Source