HomeTravelTUI: Holidaymakers may no longer visit some destinations when flights resume
Travel

TUI: Holidaymakers may no longer visit some destinations when flights resume 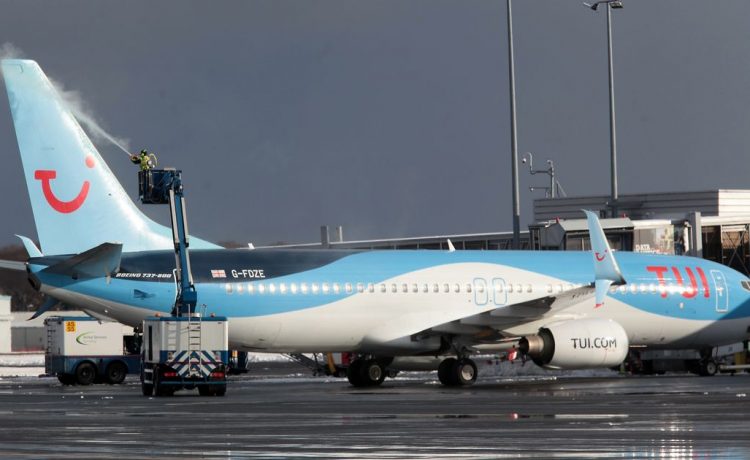 HOLIDAY firm TUI has announced it will be omitting some destinations from its flight offering when it returns to the skies in July. Will Britons ever visit these hotspots again?

Holidays have been on hold for some time, but with airlines announcing resumed itineraries, many Britons are eagerly searching for their next break. However, holiday firm TUI has said that it will no longer be flying to some destinations.

The UK tour operator has stated it will only fly holidaymakers to countries where they will not face a mandatory quarantine period.

Instead, customers will only be able to holiday in countries that have an agreed “air bridge”.

The announcement came in an email to customers on June 19.

In it, TUI offered a “promise” to make sure travellers did not face a quarantine when embarking on a holiday.

A statement on the TUI website confirms: “We promise well only take you on quarantine-free holidays.”

It adds: “We wont travel to places where we know that youll need to self-isolate when you arrive or when you return home.”

Though the UK government has yet to announce any agreed-upon “air bridge” deals, it is thought that they will be set up with nations deemed as being most advantageous to the UK economy.

The bridges will allow travellers to journey between two “safe” countries, without the need for a mandatory quarantine period in either.

Although airlines and holiday firms are gearing up to return to the skies, the UK Foreign and Commonwealth Office (FCO) continues to advise Britons against all nonessential travel.

There is some promise in the future, however, with the FCO adding: “This advice is being kept under constant review.”

However, TUI remains positive that they will have holidaymakers jetting off as soon as possible.

The firm intends on resuming some of its itinerary after July 10.

All holidays prior to this have been cancelled, with customers offered the opportunity to rebook for a new date or claim a refund.

TUI has said that if your holiday was cancelled “youll receive a refund credit for the full value of your holiday, and well give you a separate booking incentive up to 20 percent.”

They add: “If youre unable to accept a refund credit and you have already received your refund credit code, please use our refund request form to apply for a cash refund.”

Yet, amid the cancellations, a spokesperson for TUI told Manchester Evening News that bookings for winter holidays are up six percent and summer 2021 “continues to look promising”.

Even once holidays do resume though, the experiences might be somewhat different from the ones left in 2019.

Under new government flight rules, face-to-face interactions between airline staff and passengers must be minimised.

Passengers are also required to wear a face mask for the duration of the flight when travelling with a number of popular airlines, including easyJet, Ryanair and British Airways.

Travellers have also been told to avoid taking hand luggage or to check this in where necessary.

When Gatwick reopened its North Terminal last week, it had some new additions, including hand sanitiser stations and protective screens throughout.

Stewart Wingate, chief executive, Gatwick Airport, said: “Having remained open throughout this pandemic the wellbeing and safety of our passengers and everyone that works at the airport remains our top priority.

“We have introduced a range of new social distancing and hygiene solutions to help this happen so we can all help protect each other when travelling through the airport.”