These safe UK airports could see Britons exempt from quarantine 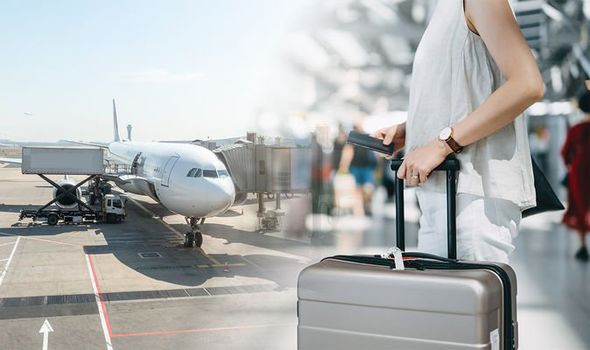 COUNTRIES around the world are gearing up to restart travel, but new quarantine rules could make it difficult for Britons. However, a list of high-risk airports released means some UK airports may be exempt from quarantine rules in certain countries.

As countries around the world gear up to welcome back tourism in the coming months, many are implementing new safety regulations for travellers flying from certain airports. A list set out by the European Union Aviation Safety Agency (EASA) has listed airports around the world which are deemed “high risk”.

As a result, arrivals from airports where COVID-19 infection risk is considered more prominent could be subject to increased safety procedures, including a mandatory quarantine period in some countries.

Rules and regulations for passenger arrivals are specific to the destination country and are determined by governments and relevant authorities.

Greece, for example, has said Britons will be allowed to visit the country but will face varying levels of mandatory screening measures, including a 14-day quarantine period, based on the airport they arrive from.

Passengers arriving in Greece from airports on the EASA list will be tested for COVID-19 and could face seven days of quarantine if their results come back negative.

Random testing will be carried out on tourists arriving from UK airports which are not listed by EASA.

Travellers are also currently expected to quarantine for 14 days once they return back into the UK under new regulations laid out by the government.

While 13 UK airports made it onto the list, there were some that are considered by EASA to be safer to fly from.

The UK airports which were not listed by EASA are: