HomeTennisThe next Maria Sharapova? Why Amanda Anisimova is the real deal
Tennis

The next Maria Sharapova? Why Amanda Anisimova is the real deal 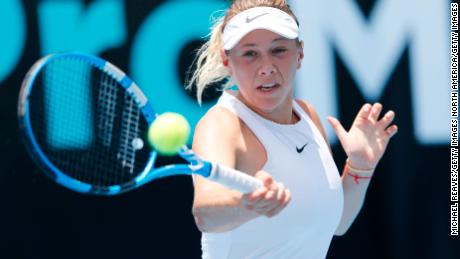 Max Eisenbud, the man responsible for helping the five-time major singles winner from Russia become the top-paid female athlete for more than a decade, thinks he has found another player with similar potential: Amanda Anisimova.Tall, blonde, of Russian descent and with a rare tennis talent, Anisimova resembles Sharapova in more ways than one. "Obviously, there are similarities, it's hard to go away from that," Eisenbud, the head of IMG Tennis who has overseen the careers of players including Sharapova and Li Na, China's first grand slam singles champion, told CNN Sport "I am the agent, they're both very attractive, they both have Russian roots, all that kind of stuff. There are those similarities that will always be there. But they are very different personalities."READ: Tennis event organized by Novak Djokovic under fire

A star is born

Born in Freehold, New Jersey, to Russian-born parents, Anisimova moved to Miami with her family at the age of three. In 2017, she won the US Open junior title, beating another gifted teenager, fellow American Coco Gauff.At Roland-Garros last year, the then 17-year-old Anisimova dethroned defending champion Simona Halep of Romania to become the first player born in the 2000s to reach a major semifinal. Although she would lose to the eventual champion, Ashleigh Barty of Australia, in the last four, a star was born. Anisimova's run in Paris "really caught a lot of people's attention," said Eisenbud, who extended her agreement with clothing giant Nike in November.In January, Anisimova joined Serena Williams as the only other tennis player to endorse American sports beverage maker Gatorade. She also recently signed a multi-year partnership with Therabody, a Los Angeles-based tech wellness company whose percussive massage therapy device is widely used by elite athletes the world over. With both Nike and Gatorade looking to boost their female athlete roster, and Sharapova and Williams nearing the end of their careers, the timing of Anisimova's rise couldn't have come at a better time, according to Eisenbud. Although he dismissed media reports in October suggesting the Nike deal was worth $100 million, Eisenbud said it was "probably one of the biggest clothing deals out there." 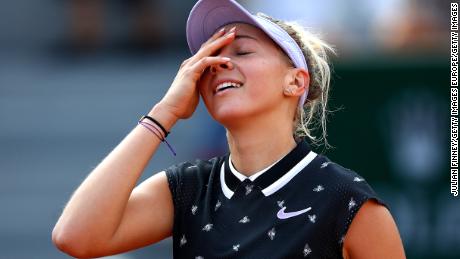 Sharapova was born in Russia but moved to the US at the age of eight. Ten years later, she became a global star when she beat Williams for the 2004 Wimbledon title.The former world No. 1 quit the sport in February, having earned a total of $325 million in endorsements, prize money and appearances, according to Forbes. That's second only to her long-time adversary Williams, who has made more than $350 million during her career."Maria has been very successful," Anisimova told CNN Sport in March. "It's really cool she has her own candy line and she has many exciting things for her now that she is retired, and she can go back to those things," said the young American, whose tennis idols growing up were Sharapova and Serena Williams. 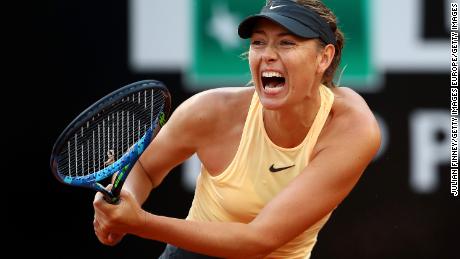 "I have my own brands that I have signed with and I am really excited to produce some things," said Anisimova, adding she always runs business decisions past her older sister, Maria Egee, a former tennis player who has become a successful Wall Street banker. "Maybe I'll create my own lines or something I am interested in. But I have my own thing going on," she added.Creating "Brand Maria Sharapova" isn't a blueprint for marketing future stars such as Anisimova, Eisenbud said. "Certainly, I think there is not a cookie cutter; I don't think maybe necessarily what worked for Maria or Li Na will work for Amanda," he said."When Maria won in 2004, there was no social media, and now there is. That's a big difference … The brands want different things. It's all about what we're doing on social." 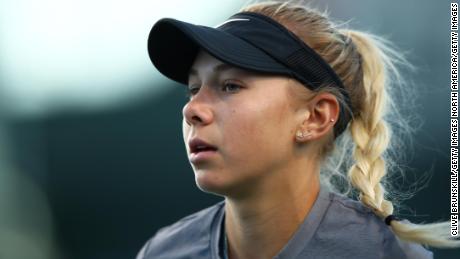 Anisimova's presence on social media was one of the reasons Therabody was keen to start working with the 18-year-old. "She is an up-and-comer, and we want to be able to support her," Dr. Jason Wersland, founder and chief wellness officer of Therabody, told CNN Sport. "She's got a big upside in tennis. And that's not the only reason that we chose to work with her; it was this well-rounded approach to things."Searching for a way to help him deal with debilitating pain following a motorcycle accident in 2008, Wersland invented a percussive massage therapy tool called Theragun, which uses frequency to alleviate sore muscles. The partnership is all about educating people about the product and promoting the brand, which Anisimova, who has been using Theragun for years, will do through her social media channels.Wersland has been struck by Anisimova's poise and maturity at such a youngRead More – Source