The new ‘normal’ ? as fans return to stadiums in Hungary

The country became the first in Europe to admit spectators back into the stands, but with the size of crowds dramatically reduced and social distancing measures put in place.Under regulations imposed by the Hungarian national football federation (MLSZ), fans had to be spread out so that no more than one seat in four was occupied and every second row was entirely empty."The clubs organizing the matches must ensure that social distance is maintained in the stands to guarantee the conditions for epidemiological control," the MLSZ said in a statement.The first match with fans took place Friday, hosted by bottom side Kaposvar against fellow strugglers ZTE, with a social media posting from the MLSZ illustrating the new measures in place in a stadium that usually holds up to 7,000 spectators.Home supporters who attended may have wished they had not bothered, with Kaposvar slumping to a 6-0 defeat to remain firmly rooted to the bottom of the standings.In action Saturday, third-placed Mezokovesd visited DVTK, slipping to a 1-0 defeat, in a sparsely attended match although pockets of fans did appear to gather to create more of an atmosphere and cheer their team. 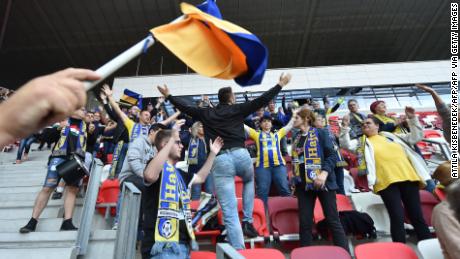 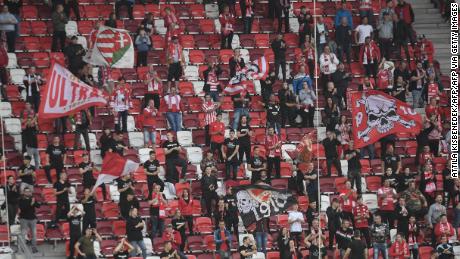 A bigger test of whether fans will adhere to the new restrictions will come Sunday with the visit of league leader Ferencvaros to Puskas FC, the club from Felcsut, which is the hometown of football-supporting Hungarian Prime Minister Viktor Orban. Thirty-time Hungarian champions Ferencvaros regularly attracts big crowds to its matches in a league where the average is just 3,000 per game.

Meanwhile, fans in the Czech Republic, where the leRead More – Source