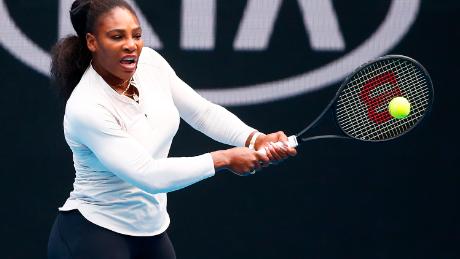 There had been doubts as to whether tennis' top stars would compete in this year's edition, after the United States Tennis Association (USTA) proposed a series of strict restrictions to enable the event to take place amid the pandemic.However, the 23-time grand slam champion said she was looking forward to getting on the court in New York. "I feel like the USTA is going to do a really good job of ensuring everything is amazing and everyone is safe," she said in a press conference Wednesday."It's gonna be exciting. It's been over six months since a lot of us have played professional tennis. "I'll certainly miss the fans, don't get me wrong. Just being out there with that New York crowd and hear everyone cheer, I'll really miss that in some of those tough matches. But this is crazy, I'm excited." Williams' coach Patrick Mouratoglou recently told CNN that she would most likely miss her home major if her nearly three-year-old daughter Olympia isn't with her. READ: Federer will miss the rest of the 2020 season after suffering an injury setbackThe tennis calendar has alRead More – Source