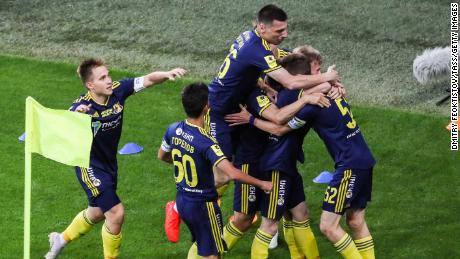 The game between FC Sochi and FC Rostov went ahead despite the latter's squad being hit by six positive coronavirus tests before the match. Those positive tests meant Rostov's entire senior squad had to be quarantined, according to a club statement explaining its 10-1 defeat.Prior to the match at the Fisht Olympic Stadium in Sochi, Rostov was challenging for a UEFA Champions League place, while Sochi was embroiled in a relegation battle.Rostov asked Sochi to postpone the match but the team refused, and so it was forced to field a team of young players aged 16-19.The youngsters took an improbable lead in the first minute, when 17-year-old Roman Romanov scored, becoming the youngest scorer in club history. He is also the third-youngest scorer in Russian Premier League history.However, by half time Sochi had taken a 4-1 lead, and scored another six goals in the second half."The score was most likely upsetting. However, we do want you to stay on the bright side!" Rostov wrote, pointing out that 17-year-old goalkeeper Denis Popov was named Man of the Match after making a league record 15 saves, including keeping out a penalty."We know you would agree our players were fighting for every inch of the pitch — each and every of them showed incredible character and attitude today!" Rostov wrote in the message to fans.Even before the game, Sochi had received widespread criticism after making a controversial post on its official Instagram account Friday. 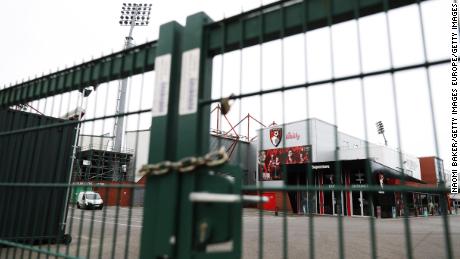 "The entire country will be rooting for schoolboys! We were all schoolboys once. Today, let's just play football. The field is flat. The ball is round. Playing until mama calls home," the caption read."P.S. @fcrostov this is just a joke for f**k's sake, and this is on our conscience."Sochi later deleted the post it but came in for more criticism for its refusal to rearrange the game and the subsequent treatment of its young opponents.Russian sports journalist Vasily Utkin said it was a "real scandal" that the match went ahead."All of Europe is laughing at us," he said in a video posted on his personal YouTube channel.Utkin said the fact the match went ahead worked against the interests of the league. Sergey Silkin, ex-coach of FC Dynamo Moscow and a former player, also criticized Sochi."What I saw in the Sochi-Rostov match is a joke. The championship needs to be played in combat-ready squads," he told state news agency RIA Novosti."Yes, the situation is very complicated and extraordinary, but the leaders need to get out of it somehow differently."Silkin called on league officials to do more to ensure that similar incidents don't happen again. However, Sochi owner Boris Rotenberg, a childhood friend of Russian President Vladimir Putin, defended his club's actions. 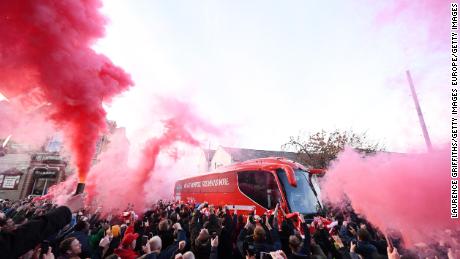 Clubs had agreed not to rearrange matches due to time constraints, and any club in Sochi's position would have played the game, Rotenberg told the TASS news agency, adding that his team had played professionally."Their guys are great, they gave a fight, but we couldn't help scoring as many goals as we scored, as professionals play here," Rotenberg, who is under US sanctionsRead More – Source