Paulo Dybala: ‘It is not only people of color that should be fighting racism. We all have to’ 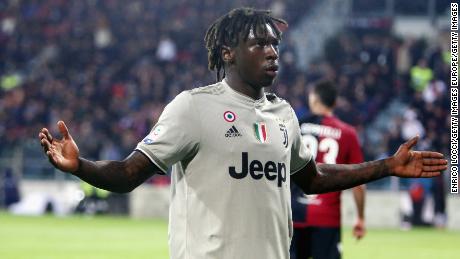 In April of last year, then Juventus striker Moise Kean was subjected to monkey chants from a section of Cagliari fans during a Serie A match. In the face of racist vitriol, the youngster scored and defiantly held his arms aloft in front of the home supporters. Cagliari wasn't punished for the incident.Argentine international Dybala, who is currently in training as Juventus prepares to restart the Italian football season in Friday's Coppa Italia match against AC Milan, recalls the impact it had on Kean and believes the country's football authorities must deliver tougher sanctions in a league that has been plagued by incidents of racist abuse."It really wasn't easy for him and I've experienced various situations of racism with other Juventus teammates in other stadiums," Dybala told CNN in an exclusive interview. "Many Italian stadiums have certain racism against some players — it has also happened to Mario Balotelli, it has also happened to (Miralem) Pjanic in a match against Brescia and I think that Italian punishments should be tougher."If not, then it will be us players who will have to take measures into our own hands so that this does not continue to happen, because we are talking about one of the biggest championships in the world, where millions of people are watching and if they see that there is racism and no action is taken, people get emboldened and continue doing it.READ: Joshua Kimmich says white players should stand in solidarity with their black teammatesREAD: Premier League players urged to take a knee in protest at George Floyd's death"People who have to take action need to take it, or surely in a short time it will be players who will directly take action. As has happened many times in the past, many players are deciding to leave the pitch or not play and it seems to me a perfect decision because it is something that should not happen in a country."If society, in this case the Italian Federation, does not decide to do anything, the players should be the ones to act. Or, as the referees have done many times in the past, stop the match so that these people don't continue committing that crime."The Italian Football Federation (FIGC) was not immediately available for comment when contacted by CNN.

On May 25, George Floyd, an unarmed black man, died in Minneapolis after being arrested by a white police officer who forcibly pinned him to the ground for several minutes by kneeling on his neck. His death has sparked widespread protests across the world.Since Floyd's death, several Bundesliga players and teams have joined those protests on the pitch, led by the quartet of Jadon Sancho, Achraf Hakimi, Weston McKennie and Marcus Thuram.Dybala believes that his black teammates should never think that they have to fight the racists alone."Sometimes it is difficult to put yourself in the shoes of someone who suffers racism when you don't really ever suffer it, because you don't feel it," Dybala says. "But you know what is going on because of having a teammate who suffers racism not only because of their skin color, but because of the country they're from that people discriminate against or that see as something bad."It is also not only because of the skin color, but people are discriminated against because of everything. I've seen Asian players who were with me in the youth team and these things are sad. 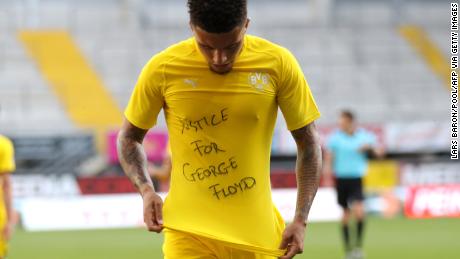 "Luckily, my family educated me differently and I can respect people for what they are, for their way of thinking and not because of how they are dressed, what country they are from or the color of their skin."I think everyone should grow up like that, but obviously it's not the case. Here, it is not the case that only people of color that should be fighting racism. Here we all have to be united as a society, as a world to do it."Following the racist abuse suffered by Kean against Cagliari, then Juventus manager Massimiliano Allegri and defender Leonardo Bonucci were widely condemned for their comments on the incident.Bonucci said Kean had to take "50-50 of the blame," while Allegri criticized the youngster for his celebration after scoring. The defender subsequently backtracked on his comments, saying he was "misunderstood" and "too hasty" and while Dybala acknowledges those comments were wrong, he believes they are not truly representative of the pair."At that time, they were not the right words for what was happening," Dybala says. "You have to be very cautious when talking about certain things and delivering the right message that you want to say, because often the words are not taken as one really wants to say."Of course both the player and coach can learn from certain things, because I know them so well and I know that they don't have racist thoughts. Perhaps at the time they did not use the words they wanted to say. So, I repeat, I think that [fighting racism] is something that we have to do, so that does not happen on a football field."

Nicknamed 'La Joya' — 'The Jewel' — ever since his professional debut for Argentine side Instituto, Dybala has become one of Europe's most sought after players.Dybala humbly insists that he never expected to reach the heights of a club like Juventus, or have the opportunity to represent Argentina on the international stage. 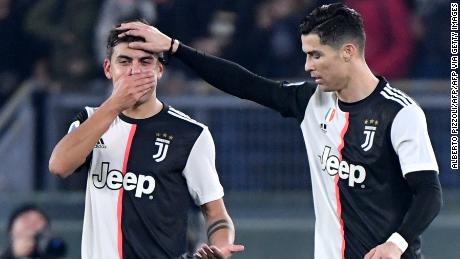 The 26-year-old was born in Laguna Larga, a small town of just 6,000 people "where dreams often seem unreachable," he says.Now, alongside Cristiano Ronaldo, Dybala is one of Juventus' most treasured possessions. Given how important he is to Maurizio Sarri's team, it seems absurd to think that this time last year he almost left the club."It was more or less last year at this point when Juventus didn't want to count on me, didn't want me to continue playing here," Dybala recalls. "That's when I was contacted and there werRead More – Source