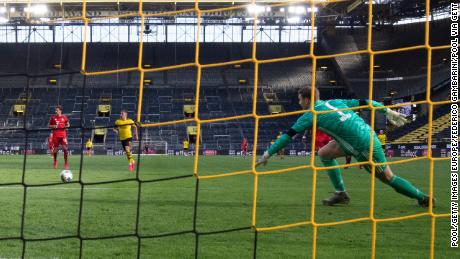 "We're actually only allowed to go to the stadium, the training ground and back home," the German international keeper told CNN Sport in an exclusive interview, as Neuer reflected on how a global pandemic has changed Germany.While the country is slowly starting to open up and cafés, restaurants and shops fill with people desperate for a return to a semblance of a social life, professional footballers are following strict guidelines, despite the resumption of the Bundesliga season on May 16."We have to socially distance on planes and buses," added Neuer. "We sit at single tables during meals and wear masks all the time until we actually start to eat."All hygienic measures are constantly carried out until you get home. Even then we are not allowed to shop for groceries or go to a restaurant."READ: In eerie silence, Bayern closes in on Bundesliga title

'You get used to everything'

Being the consummate professional he is, the World Cup winner sees no reason to complain."It is certainly an extra effort," he shrugs, before adding: "You get used to everything.""Everywhere in the world people had to adjust and this affects our job — playing football — too."Being the first major European league to resume playing meant all eyes were on the Bundesliga last month. Bayern has seamlessly adapted and could win the Bundesliga title on Tuesday."There will always be critics," said Neuer. "If we hadn't started by now, they would have asked why we're not starting."I have to say that since the start the players have handled the situation exemplary and we hope that it will continue like that."I think that our league — also because we were the first ones [to resume] — will set a positive example for other European leagues, and you hope they can put that into practice as well." 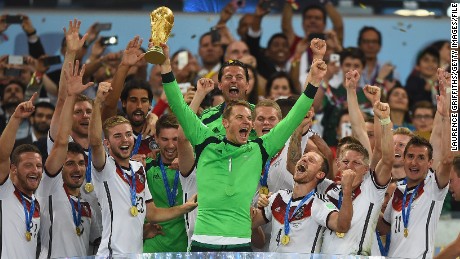 READ: Bayern in solidarity with Black Lives Matter movementThe English Premier League restarts on June 17, though a number of leading players have voiced their concerns.Notably Manchester City's Raheem Sterling and Sergio Aguero and Tottenham's Danny Rose questioned the restart before returning to training, However, Neuer believes the way the Bundesliga has handled the situation can send out a message of hope to all club staff anxious about their own and their families' wellbeing.If playing matches without fans isn't ideal, Neuer has tried to see the positive sides of the Geisterspiele (ghost games), too."Good advice would be to communicate a lot on the pitch and to help each other out. There is a lot you can gain just from speaking to one another."It is a massive advantage that you can communicate and actually understand each word [on the pitch]."It is all about the bigger picture, says Neuer, who knows that there is more at stake than just his desire to play football."It is not just about wanting to play; it is our job. Jobs within clubs and their existences depend on us."We know that it is all down to us and we try to implement [the rules] so that the ball can continue to roll."Once the Bundesliga title is secured, Neuer and his teammates will turn their attention to winning the German Cup and the Champions League. 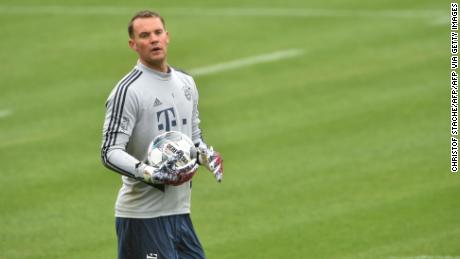 READ: Messi milestone in first game back for BarcelonaThere are still last-16 matches to play, with the tournament reportedly to be concluded over 11 days in Lisbon."We are happy the Champions League will be back and we will take the start as it comes. Everyone wants to play this tournament," said Neuer, who would like to add yet another European Cup winners medal to his trophy cabinet.Asked about teams like Lyon or Paris Saint-Germain having an advantage after Ligue1 was canceled, NeuRead More – Source