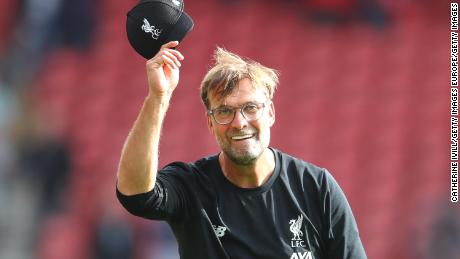 There have been years in the wilderness, a few near-misses and, just when Jurgen Klopp and his men were six points from securing the club's first league title in 30 years, a global pandemic brought this season's procession to a halt. But the return of football in England earlier this month after a 100-day absence revived a title bid which was only put in doubt when the season was put on pause. After Liverpool's impressive 4-0 win over Crystal Palace on Wednesday, Manchester City needed to beat Chelsea at Stamford Bridge on Thursday to delay the coronation. But the defending champion's failure to claim three points — City was beaten 2-1 in London — ended the wait. Pep Guardiola's team must now pass on the crown. Liverpool, a team which had previously won 18 league titles but none since 1990, has now won the English Premier League for the first time, taking it to within one title of equaling Manchester United's record of 20 first division titles. Speaking to Sky Sports, Klopp described winning the title as "absolutely incredible." "I have no words. It's unbelievable. Much more than I ever thought would be possible," he said. "Becoming champions with this club is absolutely incredible. It is an incredible achievement of my players … and a pure joy for me to coach them." 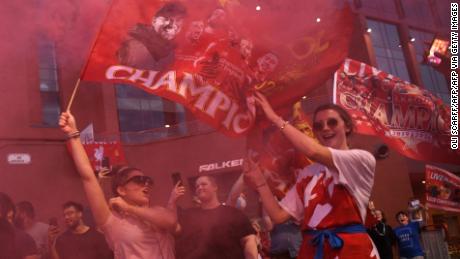 Though lockdown restrictions are easing in England, Liverpool fans will not be able to celebrate as they had envisioned a few months ago. Who knows when it will be safe to hold a parade through the city?A number of supporters gathered outside Anfield to rejoice in their team's historic achievement, while the squad itself were together to enjoy the moment the final whistle blew in Stanford Bridge. But the more subdued celebrations do not mask the enormity of the feat. What Klopp and his team have achieved is remarkable. Defeated just once, Liverpool has been the dominant team of the season. The Merseysiders lead second-place City by 23 points and, by the end of the campaign, could amass a record points total of 107. No team has won the title with seven games to spare. 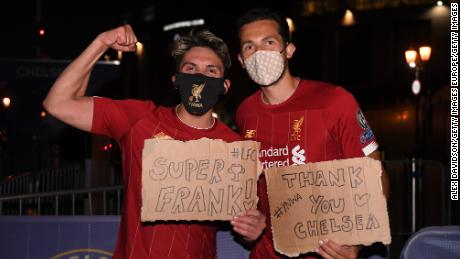 When Klopp joined the club in October 2015, Liverpool was 10th in the table, struggling to score goals and had collected 12 points from eight games. There were wealthier teams, better teams, in the EPL. Thoughts of winning another league title seemed fanciful. "We have to change from doubters to believers," said Klopp in his first interview as Liverpool boss. It was a statement which raised eyebrows, but one which also energized the club's enormous fanbase. Few could have imagined, however, the progress the club would make under the charismatic German. 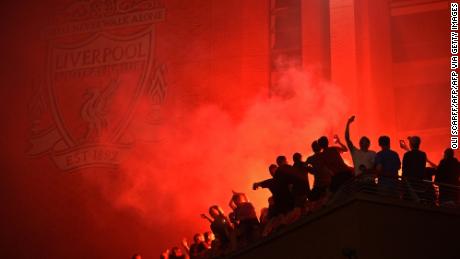 There have been expensive signings; record fees for a goalkeeper and a defender, but even before those purchases were made, Klopp's tactics had resulted in progress. Now, no team in the country plays with such intensity and energy. It has the best defense in the league, a hypnotic forward triumvirate and a tireless midfield.In every season but his first, the manager has steered his team into the Champions League, reaching the final twice, and every player under his tutelage has improved, from academy graduates such as Trent Alexander-Arnold, to more surprising signings like Mo Salah and Andy Robertson. There have been few flops. And, finally, after three failures in cup finals, Liverpool won its fRead More – Source