Jurgen Klopp urges fans not to gather after ugly scenes 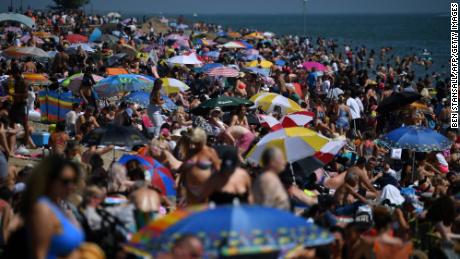 In an open letter published in the Liverpool Echo, he said that whilst he appreciated the support, he "did not love" the scenes on the city's waterfront Friday when people ignored police warnings and partied in the streets. Merseyside Police reported that multiple people were hurt in the celebrations and that fireworks were aimed at the city's iconic Liver Building, causing a small fire, with police involved in a number of violent confrontations. Thousands had also gathered outside Anfield stadium on Thursday after Liverpool were confirmed champions of England. "I am a human being and your passion is also my passion but right now the most important thing is that we do not have these kind of public gatherings," Klopp wrote."We owe it to the most vulnerable in our community, to the health workers who have given so much and whom we have applauded and to the police and local authorities who help us as a club not to do this. "Please — celebrate — but celebrate in a safe way and in private settings, whereby we do not risk spreading this awful disease further in our community."The UK has had 311,151 confirmed coronavirus cases with 43,550 deaths, according to the latest figures. READ: Liverpool star Alexander-Arnold bids to build new dynasty 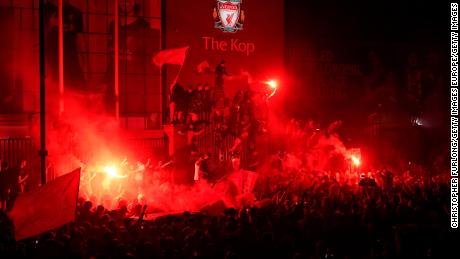 Over the weekend, the mayor of Liverpool Joe Anderson reiterated his plea for fans not to gather and said he had been left frustrated by those ignoring warnings from the club, health experts and the authorities. "For me, it was hugely disappointing because the message that we gave out after Thursday's gathering outside Anfield was about the public message of health and safety about Covid-19 and the fact that this virus is still very much alive and kicking," he said in a video posted on Twitter. "I say what I say in sorrow, rather than in anger, because people's lives, your lives, their lives, are put at risk." The club has repeatedly told supporters to not gather outside stadiums before, during or after theRead More – Source