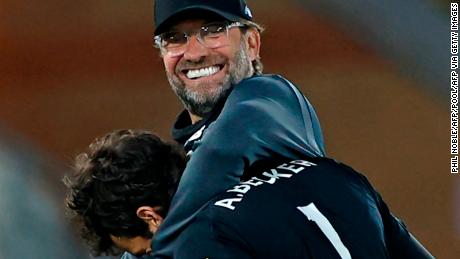 Liverpool's transformation has been extraordinary. Few thought that the club which once ruled English football for such a prolonged period that it became dynastic would ever again wear the crown. Decades of disappointment and false hope had lowered expectations. Even optimists had become skeptics. By the time Jurgen Klopp took charge, the empire had long since fallen When Klopp succeeded Brendan Rodgers as Liverpool boss in October 2015, the team was 10th in the table and had been thumped 3-0 at home by West Ham that season. Twenty-five years had gone by since the club last won a league title and another championship felt as elusive as the unicorn.The scars of almost winning the title in 2014 had not healed and key members of that team were gone. Steven Gerrard had moved to Los Angeles, Luis Suarez to Barcelona. But the charismatic German with the extra-large personality promised change and raised the decibels. Though it has taken him five years to win English football's biggest prize, Klopp's impact on Liverpool was immediate. "We have to change from doubters to believers. Now," were his striking words in his first interview as the club's new manager. Even before he had overseen his first match, his charm and positivity gave weary fans hope. 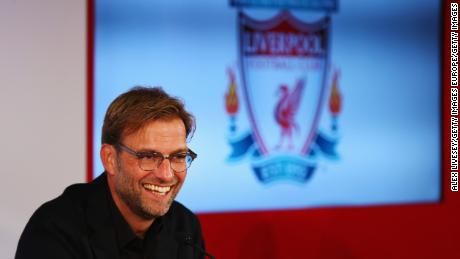 READ:Liverpool's agonizing wait for English football's biggest prizeThe man from the Black Forest was held in higher esteem than the Liverpool players he had inherited. Having taken over Borussia Dortmund when the club was mid-table and financially hampered, he had twice guided the club to the Bundesliga title, including a league and cup double in the 2011-12 season. His then new tactics of high, concentrated pressing all over the pitch had not only turned Dortmund into winners, but had gained admirers all over the world. "When he signed, all the fellas from work, we couldn't believe it, because he was bigger than the club at the time, he was bigger and more well-known than any player we had," Dan Fieldsend, author of "Local: a club and its city. Liverpool's social history," tells CNN Sport. "His words were perfect, like poetry. This is a city of dreamers. So, when he [Klopp] said my aim is to get Liverpool to the top of the table in five years and to win a trophy in three years, that was just everything we'd longed to hear for a long time."Klopp was more far-sighted than even the fans at the time. The board as well, they had a vision. That philosophy of never accepting second best, we had kind of forgotten as a fanbase." 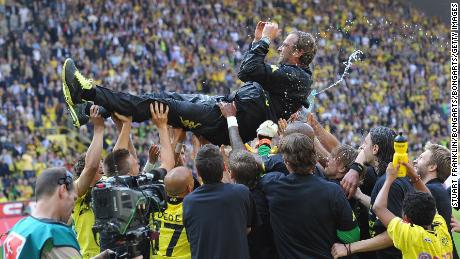 READ: 'Back to reality': European soccer prepares for age of austerityDespite his passion, his words and his past successes, the task before Klopp was Herculean. The opposition was extraordinarily wealthy, and better than his team. There were also question marks over whether Klopp's high-octane tactics could succeed in a league where there was no winter break. Liverpool's was a squad which clearly needed to improve, but In Klopp's first game in charge, against Tottenham, the team at least played with more energy — running further than they had in any other match that season — and there was one detail he could quickly affect, regardless of the personnel at his disposal: the Anfield atmosphere. The man who can gesticulate as wildly on the sidelines as a broken windmill in a storm sought first to energize the supporters. "Sometimes, he almost challenges the fans," John Gibbons, contributor to the podcast Anfield Wrap, tells CNN. "He's probably told us off more than any other Liverpool manager. He's headmastery in a way, but he's a headmaster you want to please."It was after a 2-1 home defeat to Crystal Palace, his first loss as Liverpool boss, that Klopp told the assembled media that he felt "pretty alone" at the sight of Liverpool fans leaving after Palace's 82nd-minute winner. A month later, following an inauspicious 2-2 draw with West Brom, Klopp and his players saluted the Anfield crowd, which garnered some sneering from observers unable to fathom why scrambling a draw to lowly West Brom was worth celebrating. Klopp would reveal that he wanted to thank the fans for the "best atmosphere since I came here." "He got stick for it," says Gibbons of that West Brom celebration. "But he was saying to the Kop 'this is what happens when we all stick to together, the players will keep going if you do.' "There's something about him that you trust. He's a leader and he'd be a leader in whatever he decided to do. He could run a bank and he'd be brilliant." 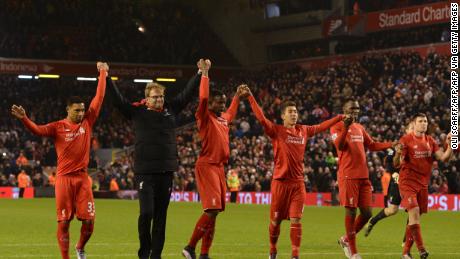 READ: Liverpool crowned World Club Cup championIt was Christian Heidel's gut instinct which launched a career which now not only consists of Bundesliga titles and a Champions League trophy, but a historic Premier League title, too. With Mainz desperate not to drop to the third tier of German football, in February 2001 Heidel, the club's then sporting director, offered Klopp the chance to go from player to coach. Klopp was studying for a degree in sports business at Goethe University when he secured his first full-time contract as a player, aged 23 at Mainz, but had no managerial experience. Heidel has since said it was a decision "made with the stomach and not the head." Klopp was not the captain of the team but was, said Heidel, its "emotional leader." Eight weeks into the job, Klopp had secured Mainz's safety and, in the years that followed, took the club and its fans on an unforgettable journey, culminating in promotion to the Bundesliga for the first time in the club's history. 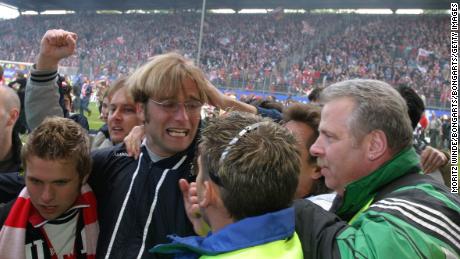 READ: Liverpool beat Spurs to win Champions League finalSeveral influences shaped Klopp: his mentor Wolfgang Franks, the late Mainz coach, whose tactical path Klopp followed; his father Norbert, a traveling salesman and former amateur goalkeeper, who instilled in him a love of sport, while his Mainz teammates are said to have upheld his belief that hard work and intelligence can compensate for a lack of skill.In Raphael Honigstein's book "Klopp Bring The Noise," Peter Krawietz, Klopp's second assistant coach at Liverpool, said Klopp learned an "incredible amount about the thing that make a football team tick" at Mainz. "He's taken all these years in the dressing room, reflected on them and found that many things can be sorted with a bit of common seRead More – Source