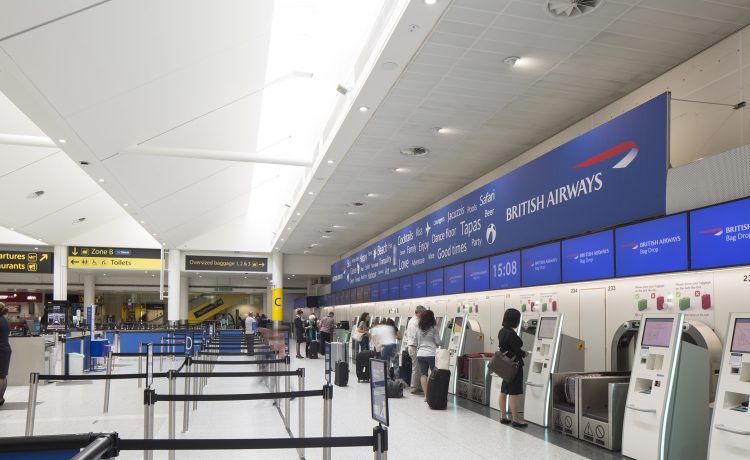 GATWICK Airport reopened its doors to travellers today as the first easyJet flight took to the skies. Airport boss Stuart Wingate has revealed his optimism for the coming months, and how the airport will keep passengers safe.

Gatwick Airport is welcoming back some of its first travellers today as easyJet resumed flying from the hub. Though the Foreign and Commonwealth Office continues to advise against nonessential international travel, the airports boss has shown optimism about the return of more flights in the coming months.

The first easyJet flight took off at 7 am this morning from Gatwick airport to Glasgow, as part of the airlines return to the skies.

In the coming weeks, it will operate mostly domestic routes, along with two UK to France routes.

Though it is a slow start, chief executive of Gatwick Airport Stuart Wingate said he is “confident” that the airport will recover.

Speaking to BBC News he said: “Weve never seen the airport like this for such a prolonged period of time but what weve been doing is preparing the airport for reopening today as the North Terminal welcomes its first flight with easyJet this morning.

“Were delighted to see that and over the coming weeks we expect to build up more scheduled flights for domestic destinations but also across Europe hopefully when quarantine comes to an end for the European destinations.”

He added: “This week we will have about 10,000 passengers use the airport so it’s very quiet. “There is lots of opportunity to social distance.

“Normally, wed have about one million passengers pass through the airport this week.

“We are building up again, its going to take some time, but we are confident that we will recover, and we look forward to June, July and August being busier than the last three months.”

The airport has already put in place a number of protective measures to ensure passenger safety, including social distancing and hand sanitiser stations throughout its terminals.

Though face masks are not mandatory in the airport, Mr Wingate says customers are still advised to show up with their own mask.

There will also be vending machines where masks are available for purchase.

“At the airport were advising everybody, if possible, to come to the airport with their own face covering so that we can keep each other safe,” he said.

“Weve done lots of work to keep the hygiene levels to the highest level. Weve got all the hand sanitisation, weve got deep cleans throughout the airport.

“But one of the things passengers can do to help us and to help themselves is to wear a face-covering when travelling through the airport.”

easyJet is set to ramp up its flight offering, covering 75 percent of its routes from August.

Despite the UKs current 14-day mandatory quarantine period for international arrivals, airport boss Johan Lundgren believes holidays will be possible before the end of summer.

He told Press Association: “We would hope and would be really looking forward to restrictions being either lifted or air bridges put in place where it made sense to do so, allowing UK customers as well as people in the rest of Europe to be able to go on a holiday.”

He added that thanks to the airlines new safety protocols for passengers and crew, he “would feel 100 percent safe” travelling.

Passengers and crew will be required to wear face masks when travelling with the airline.

The easyJet website explains: “Masks should be worn by all passengers arriving at the airport.

“Passengers will be required to provide their own masks.

“We will also stock additional masks onboard as a precautionary measure should a passenger find themselves without a fit for use mask, for example, if it breaks during the flight.”