HomeTennisFederer to miss rest of 2020 season after injury setback
Tennis

Federer to miss rest of 2020 season after injury setback 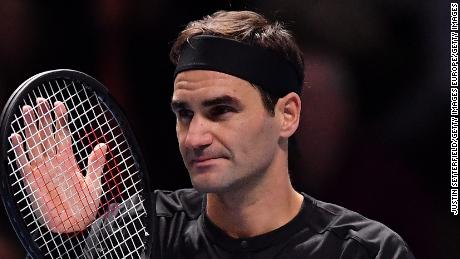 The 20-time grand slam champion had been recovering from surgery he underwent in February but suffered a setback in his pursuit of fitness a few weeks ago. "I had to have an additional quick arthroscopic procedure on my right knee," he wrote on Twitter Wednesday."Now, much like I did leading up to the 2017 season, I plan to take the necessary time to be 100% ready to play at my highest level."I will be missing my fans and the tour dearly but I will look forward to seeing everyone back on tour at the start of the 2021 season."The 38-year-old recovered from a similar knee injury in 2016, returning to win two grand slams. READ: Federer is the highest-paid athlete in the world as only two women make top 100The ATP tour is currently postponed until at least the end of July amid the pandemic with organizers deciding to cancel Wimbledon this year. The US Open is still scheduled to go ahead on August 31 with the postponed French Open expected to start on September 20.Visit CNN.com/sport for more news, features, and videos Federer has not played competitive tennisRead More – Source