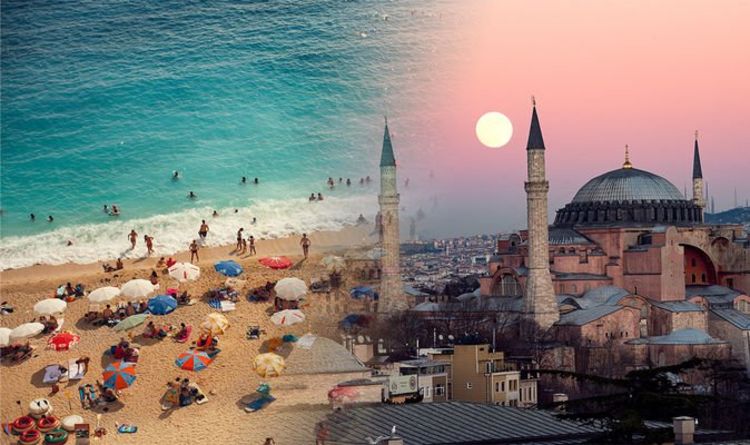 BRITONS could be able to enjoy a holiday in Turkey as soon as July 15 as officials hinted a deal to create an air bridge was close.

The UK is currently discussing air bridges which would allow quarantine free travel with several countries. One official told the Financial Times that July 15 could be the date the air bridge comes into play. The official explained: “The two sides are in close contact.

“The UK is a very important country for us.”

Ministers have reportedly been given a list of countries to prioritise travel between.

Adil Karaismailoğlu, Turkish Minister of Transport and Infrastructure has said in a written statement: “We believe that we have left behind an important point in the battle against the virus globally.

“Now, we have to continue our global ties and trade.”

He said Ankara was in talks with 92 countries about opening flights in a safe manner.

Flights from Turkey to Northern Cyprus, Bahrain, Bulgaria, Qatar and Greece are set to resume on June 10.

Flights to Singapore, Germany, Austria and Croatia are set to resume on June 15.

At the time of writing, Turkey has had 4,669 deaths from coronavirus.

Transport Secretary Grant Shapps explained to the House of Commons that air bridges would “enable people from other areas and countries who have themselves achieved lower levels of growth virus infection to come into the country”.

Augusto Santos Silva, Portugal Foreign Affairs Minister, indicated to the BBC Radio 4 Today programme that discussions were ongoing for an air bridge between the UK and Portugal.

Mr Santos Silva explained: “Our diplomats will work together to guarantee that British tourists coming to Portugal would not be subjected on their return to England to any kind of quarantine.”

Portugal has suffered just 1,474 deaths from 34,351 confirmed cases at the time of writing.

Home Secretary Priti Patel has indicated the 14-day quarantine for new entrants to Britain would be reviewed every three weeks adding: “When it comes to air bridges, I think we should be absolutely open to all ideas.

“This is not for today but this doesn’t mean we should rule this out in the future.”

Spain has a similar quarantine procedure, but there is an indication that is looking to be relaxed.

Arancha González Laya, Spains Foreign Affairs Minister told the Today Programme: “We’ve had one of the strictest lockdowns in Europe but we’ve started to gradually deescalate – we started at the beginning of May and hope to end by the end of June.

“We see our quarantine as being a temporary measure while we deescalate our lockdown and try to keep Covid under control.

“The moment that we feel like the virus is under control, we will replace the quarantine with other measures at the border – they can be temperature checks, they can be random checks or they can be asking citizens for tests that have been performed certain days in advance.”

At the time of writing, the Foreign & Commonwealth Office is advising against all but essential international travel.