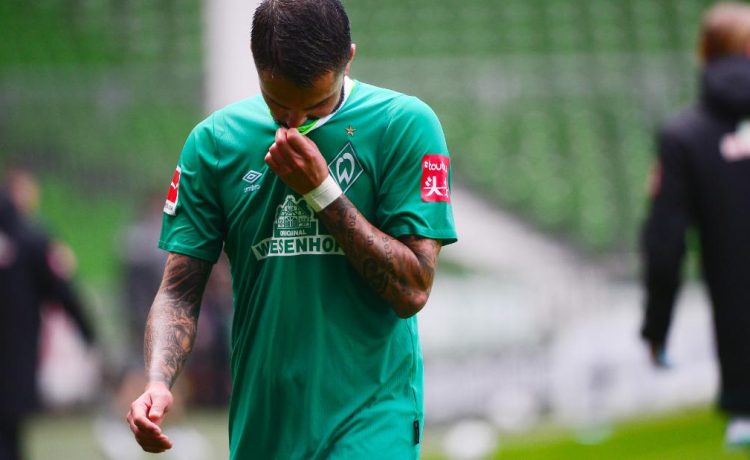 Dutch international Wout Weghorst headed home the winning goal with eight minutes remaining to lift his side to sixth and into the Europa League qualification spot, his 12th of the season.By stark contrast, Florian Kohfeldt's slumping side is second-from-bottom, six points from automatic safety and three adrift of the relegation playoff place, with just four games remaining.Since the inception of the Bundesliga in 1963, Werder has been in the German top flight for 55 years, only being relegated in 1980 before bouncing straight back the following season.But the double winners in the 2003/04 season have struggled in recent years and form has been poor since the restart of the current campaign, losing two straight home matches.READ: Bayern closes on eighth straight Bundesliga crownREAD: Sancho joins 'Justice for George Floyd protestA visit to bottom side Paderborn next weekend and clash with relegation rivals Mainz could prove crucial, but Werder must also face Bayern Munich in a fortnight in a match that could see Bayern seal an eighth straight Bundesliga crown."The last two defeats at home have been very disappointing. We have to win next week. We'll fight until the end," Werder captain Niklas Moisander told the club's social media feed.Before kickoff, both teams gathered around the center circle at the Weser Stadium before dropping to one knee, repeating a gesture made by Borussia Dortmund and Hertha Berlin players on Saturday.A later 1-1 home draw for Union Berlin against Schalke has harRead More – Source