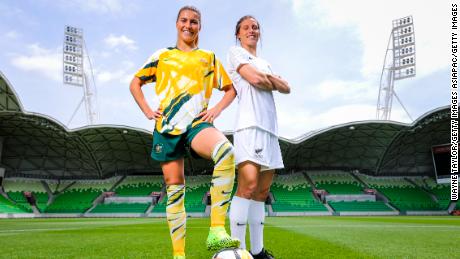 FIFA announced its decision after a virtual executive council meeting on Thursday, with the successful bid receiving 22 of the 35 valid votes cast in the first ballot. The joint bid had been favorite to win after Japan withdrew from the process earlier this month, leaving Colombia as the only competition. FIFA's technical evaluation on all three hosts had put the Trans-Tasman bid way ahead of its rival, giving it a score of 4.1 out of five.Japan was awarded 3.9, partly prompting its withdrawal, whilst Colombia scored only 2.8.New Zealand's Prime Minister Jacinda Ardern, who has been praised for her handling of the coronavirus pandemic, had publicly backed the bid.Along with her Australian counterpart Scott Morrison, she had penned an open letter to FIFA supporting the joint bid. She also reiterated her commitment in a final attempt to persuade the FIFA council on Wednesday. "We are leaders not only in women's football, but in the journey to achieve gender equality both on and off the pitch," she said, prior to the vote."We have achieved equality in pay for our women's national teams and this is something we are very proud of. "This tournament will provide an opportunity to grow women's football across all Asia-Pacific, and beyond, and we will shine a light on the women's game like never before."READ: One year on, Marta's emotional World Cup speech resonates even moreREAD: Germany and US leading the way in crucial period for women's footballThe tournament, scheduled to begin on July 10, 2023, will be the first Women's World Cup held in the southern hemisphere and will beRead More – Source