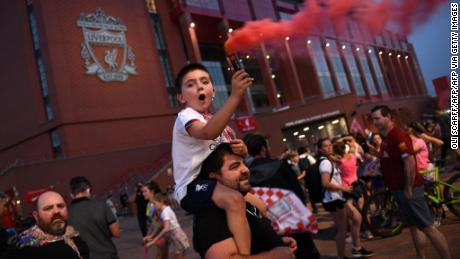 English Premier League winner. Check. Winning it all with your boyhood club. Check.For players and fans around the world such an extraordinary feat would be far beyond their wildest imagination.Follow @cnnsport But for Liverpool's Trent Alexander-Arnold, his fairytale dream has become a reality — all at the age of just 21."It's hard to even comprehend what's actually happened — I'm over the moon," a beaming Alexander-Arnold told CNN Sport after the club secured its first league title in 30 years on Thursday. The right-back celebrated the achievement with his teammates and coaching staff at a golf resort in the city as they watched Chelsea beat Manchester City 2-1 — thereby handing them the trophy with a record seven games to spare. He admits, though, it wasn't quite the way he'd pictured such a historic moment playing out in his imagination."I always dreamt it as a last minute winner. It was a tight, tight title race up until the last minute and we'd scored an equalizer to win the league," he smiles.He likely pictured that moment with fans in the stadium, too, but the coronavirus pandemic means games are being played behind closed doors.

One icon inspires another

The England international joined the club as a six-year-old and immediately caught the eye of club legend Steven Gerrard.Gerrard, who was part of the Liverpool side which narrowly missed out on the title in 2014 alongside Luis Suarez, wrote in his 2016 autobiography: "Trent has a terrific chance of making it as a top professional…he's got a lovely frame and seems to have all the attributes you need."It's high praise, which the defender has used as inspiration. "[Gerrard's] a hero, a legend, an icon, someone who I always looked up to, someone that I try to become and want to emulate," he said. "I was just proud of him acknowledging my talents and singling me out individually as someone with a bright future. It was an honor for me…I always used him as an inspiration to become a better player." 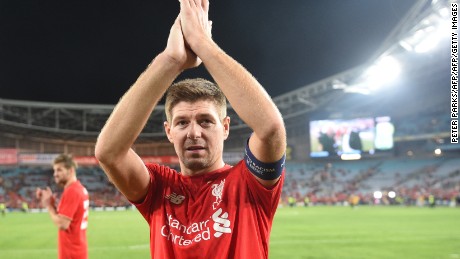 'We want to write our own chapter'

Since making his first-team debut in October 2016, he has gone from strength to strength and is now widely acknowledged as one of the best full-backs in the world. Alexander-Arnold, though, doesn't want his or the club's relentless pursuit of success to stop here — he wants to create a new legacy."When you're playing for one of the biggest clubs in the world and you're playing with world class players and you've got a world class manager the mentality has to be world class and that's relentless all the time."To be able to do that you have to win trophies year after year, and next year it's going to be about doing the same and recreating the feelings that we're feeling for the next few years and trying to become a legendary Liverpool team."We want to write our own chapter in this amazing history of the club — we just want to be a special Liverpool team that fans can be proud of."Read More – Source