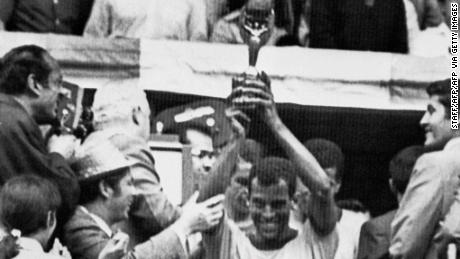 It can flood a country with hope. It can cause its inhabitants to temporarily forget about their day-to-day woes. Stories of famous victories are passed down through generations.For nations less blessed with football talent and pedigree, these teams come along perhaps once in a generation. For others, such as five-time World Cup winner Brazil, they come along a little more regularly.But despite the numerous great teams to have pulled on the famous yellow shirt, there is one in particular that still shines brightest.The all-conquering side at Mexico 1970 featured Pele, Jairzinho, Gerson, Tostão, Rivellino and Carlos Alberto, Brazil's 'Eternal Captain' and scorer of arguably the greatest goal in World Cup finals history.It was the last goal scored at that World Cup — the fourth in a 4-1 hammering of Italy in the final — and one that epitomized the Joga Bonito (Play Beautifully) mantra that Brazil had long been synonymous with.Nine of the 10 outfield players had some role in the goal's creation, ending with Pele's pass into the path of the onrushing Alberto, who thumped the ball into the bottom corner.READ: Pele — My four greatest momentsREAD: Pele — The footballer who seduced Andy Warhol

"We won the World Cup and I think in my life in sport, (that was the pinnacle), no doubt," Pele told CNN Sport's Don Riddell of that team in a 2016 interview."I said: 'Santos are champion, I am going to retire,'" Pele recalls thinking before Mexico 1970. "Then I said: 'No, I am going to play the World Cup. This will be my last World Cup, may God give me one more time the gift to play good.'"It would be fair to say his prayers were answered.Sunday marks the 50th anniversary of the 1970 World Cup final and looking back at that tournament perhaps there is a sense of nostalgia, too. That World Cup was the first to be broadcast around the globe in color, making those bright yellow shirts all the more dazzling.It was perhaps also a victory for those we would today refer to as 'football purists'; Brazil's Jogo Bonito against Italy's catenaccio, the highly-organized and defensive-minded system that defined Italian football for decades."When I was little, my father certainly would talk about that extraordinary team," former goalkeeper Dida, himself a World Cup winner in 2002, recently told CNN Sport's Don Riddell. "A team never seen before, a team that would win easily because those were the best of all players — and among them there was one who made all the difference in the world, Pele. 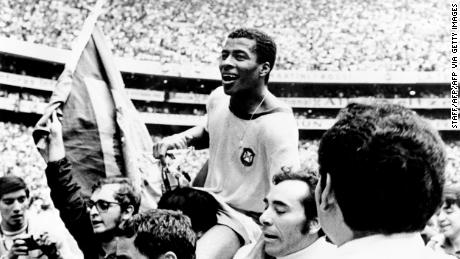 "He's number one in the world in my opinion, the strongest player we've ever had. He has proven it, scored more than 1000 goals. The 1970 team is the strongest Brazil has ever had."Dida was born three years after that World Cup win in 1970 but the stories he was told by his father made those players his heroes, too. Long before YouTube and streaming services made even the most obscure reserve leagues available around the world, the 1970 World Cup was the first opportunity many had to watch these superstars in action.None of Brazil's squad played club football outside of their country, so the world watched on in awe as these unfamiliar faces tore their opponents apart.At the heart of it all, of course, was Pele.The Santos forward operated from slightly deeper in a four-man front line, as head coach Mário Zagallo attempted to accommodate Brazil's plethora of attacking talent. 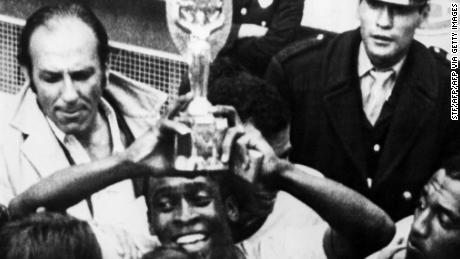 "When I was in the under 20's, I nearly met him [Pele] but it didn't happen so I became disillusioned," Dida recalls of hisRead More – Source