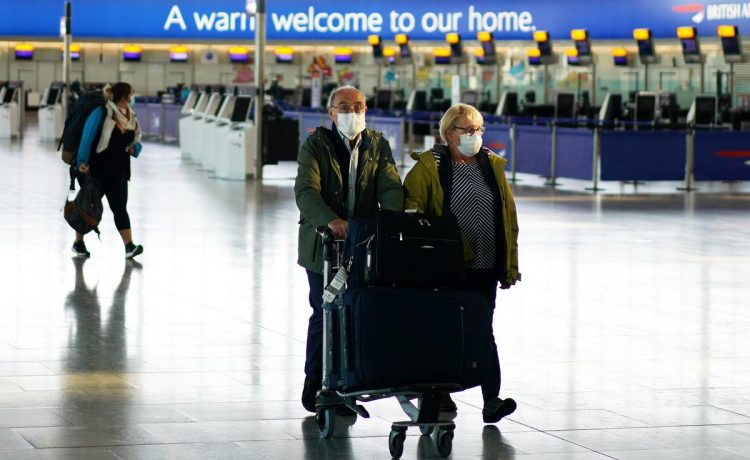 Britains travel industry has warned that a lengthy quarantine period for all people arriving in Britain from abroad would be a “nightmare” that would badly hurt a sector already in meltdown due to the Covid-19 pandemic.

The prospect of a period of quarantine, being imposed “on people coming into this country by air”, was outlined by the prime minister in his Sunday night address. It sparked alarm from the travel industry and the aviation sector, while the farming industry, which faces a severe shortage of seasonal workers, will also be affected.

Employers groups also fear that other areas that rely on travel, such as professional services and education, will suffer severe disruption.

The quarantine period is part of the governments strategy to relax some of the lockdown measures that were introduced to slow the spread of coronavirus. Boris Johnson did not say when the quarantine requirements would take effect, or how long people would be required to isolate. However, there has been speculation it is likely to be 14 days.

Steven Freudmann, chairman of the Institute of Travel and Tourism, said: “The travel industry is already in meltdown, so its not an exaggeration to say that a 14-day quarantine imposed on all overseas arrivals in the UK would have a devastating impact.

“Who is going to book a city break in Paris or Barcelona or even a week on the Mediterranean, only to face a 14-day isolation period on their return? Which employers are going to grant a months holiday to those taking a two-week break? Its a bad dream turning into a nightmare!”

Mass quarantine upon arrival has been implemented in other countries, such as Germany, but not in Britain until now. The measure is expected to be introduced by June and imposed on all except those coming from Ireland.

Passengers will have to give an address where they will self-isolate. Fines and deportation will be among the possible punishments for breaking the rules. Those in quarantine are expected to face spot checks on compliance.

Last week, Wizz Air became the first airline to announce that it would re-start holiday flights from Luton airport to Portugal in mid-June and to Greece in July, in the hope that Covid-19 travel restrictions will be lifted. The cruise operator Carnival has announced plans to return to the sea in August with a limited service.

Freudmann, a former president of the Association of British Travel Agents (ABTA), said a quarantine period would have been far more effective if it had been imposed earlier, at the same time as the lockdown, in the last week of March. “This is definitely a case of closing the stable door after the horse has bolted.”

The aviation sector was first to sound the alarm at the prospect of a quarantine period over the weekend. Karen Dee, chief executive of the Airport Operators Association, said a quarantine would have a “devastating impact” on the UK aviation industry and on the wider economy.

The Association of British Travel Agents said: “Any new measures should be proportionate, led by the best possible medical and scientific advice, and able to swiftly adapt to take into account any changes in this advice.”

The Institute of Directors (IoD) also expressed concerns about passenger quarantine, which it warned would affect many businesses beyond tourism. “Limiting the spread of the virus is paramount, but quarantine for travellers further emphasises the need for a longer-term strategy for restarting tourism and international trade,” said Edwin Morgan, the IoDs director of policy.

“Travel is clearly crucial for tourism, but it has a wider importance for business, particularly for an economy like the UK, where many of our successful exports are things like professional services and education, which normally involve travel. Clearly, businesses have adapted as best they can to using digital tools, but a lot of international trade still requires people moving across borders. The outlook for exporters and importers is hugely challenging.”

The CBI, which represents British businesses, called on the government to ensure that health checks and border regulations were consistent with its trading partners, as well as time-limited and kept under regular review.

Quarantine would also exacerbate the shortage of seasonal workers at Britains farms. Tom Bradshaw, vice-president of the National Farmers Union, said farms currently only had 20%-25% of the usual seasonal workforce of 70,000 to 80,000 – their worst shortage ever – as they had been unable to recruit temporary workers from Eastern Europe because of the Covid-19 crisis.

The industry has launched a “Pick for Britain” campaign in the hope that people on furlough or students would fill the gap. Many people had come forward, Bradshaw said, but farmers remained worried. While farms needed a secure labour supply, many of the new recruits wanted flexible hours and might not be able to adapt to the monotonous work of fruit or vegetable picking, day in, day out, he said.