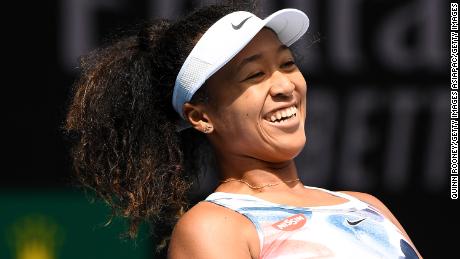 The 22-year-old amassed her staggering pre-tax total through a combination of prize money and endorsements, raking in $1.4 million more than Serena Williams over the last 12 months. Williams, a 23-time grand slam champion, has been the highest paid female athlete for the last four years — earning between $18 million to $29 million.But Osaka has now broken Maria Sharapova's previous record for a female athlete which was set in 2015 when she totaled $29.7 million. READ: Tennis champion Naomi Osaka opens up about her crippling shyness

Osaka has won two grand slams in her career to date, emerging as one of the brightest stars on the WTA Tour.She famously beat Williams at the US Open in 2018 to claim her maiden major before doubling her haul at the Australian Open the following year. Her form on the court has fluctuated since then but her global appeal has only increased off it.Having been born in Japan, Osaka grew up in the US and has become popular wiith sponsors. According to Forbes, she now has 15 endorsement partners and has signed a lucrative apparel deal with Nike. Osaka ranks 29th in the top 100 highest paid athletes, ahead of Williams who sits 33rd. Forbes' full list for 2020 is expected to be published next week. READ: Naomi Osaka wants 'to leave some sort of legacy'

Despite her obvious talent on the court, Osaka iRead More – Source