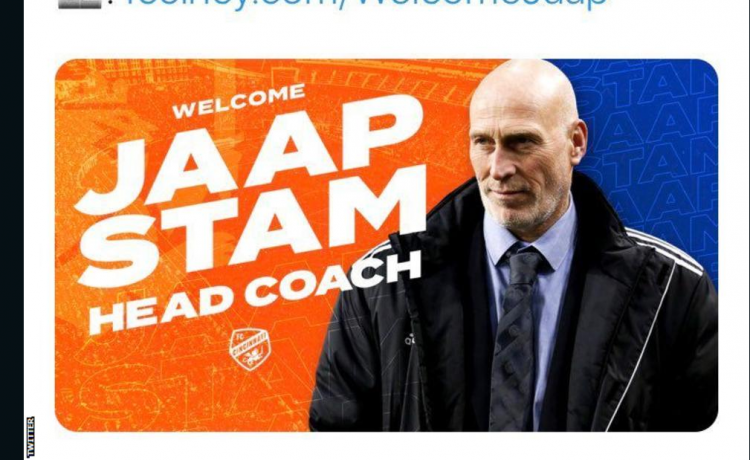 Unfortunately, the team's big announcement on social media ended in ridicule after a gaffe saw not a picture of Stam on the Twitter posting, but instead a photo of Ajax youth coach Tinus van Teunenbroek. In fairness, the two bare a passing resemblance, both are bald and of a similar stature, but the embarrassing error was quickly spotted by fans and media outlets before a red-faced Cincinnati media team quickly corrected the error.In a later interview on the club's website, the 47-year-old Stam laughed off the incident and said he had several doppelgangers (doubles) in his native Netherlands."A lot of people with no hair, in Holland, sometimes they say, 'There's Jaap!'" he said. "It's a thing that's quite normal."As for van Teunenbroek, unexpectedly cast into the spotlight, he told Fox News that the mistaken identity was a regular occurrence."I have once been mistaken for Jaap Stam in Ajax Showtime (an FC Ajax website) by Ajax itself. It happens to me more often, such as on vacation, that people shout: 'Hey, that's Jaap Stam!''But whatever the excuses, rival MLS teams could not resist poking fun at the case mistaken identity with Colorado Rapids and New England Revolution among many joining in the fun.Former Manchester United and Dutch international star Stam takes over after managerial stints at Reading in England and PEC Zwolle and Feyenoord in the Netherlands.Read More – Source