HomeTennisKyrgios tells Murray ‘you are better than Djokovic’
Tennis

Kyrgios tells Murray ‘you are better than Djokovic’ 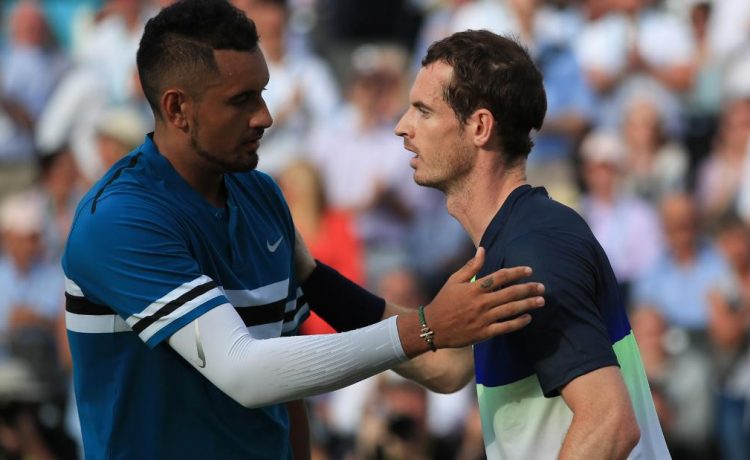 It came as the pair chatted in an Instagram live session past midnight in Kyrgios' native Australia — which was the middle of Saturday afternoon for Murray in the UK. Follow @cnnsport "Honestly I think you're better than Djokovic in my opinion," Kyrgios said. "Djokovic is playing dodge ball on my serve. He couldn't return it. And you are on it…slapping it for a winner. I couldn't get it past you."Kyrgios does own a 2-0 record against Djokovic while losing five of six to the Scot. But Djokovic has won 17 grand slam titles to Murray's three to make him one of the Big Three in men's tennis alongside Roger Federer and Rafael Nadal. While Kyrgios and Murray have always gotten along — even going on a roller coaster ride together in Cincinnati in 2018 — the world No. 40 hasn't hid his disdain for Djokovic. He said last year during a podcast the world No. 1 has a "sick obsession with wanting to be liked" while also dissing Nadal. Kyrgios has been fined and suspended for some of his antics in the past but was instrumental in kickstarting tennis' relief efforts for the bushfires that ravaged Australia ahead of January's Australian Open where he lost to Nadal. Tennis' hiatus because of the ongoing coronavirus pandemic has seen Murray — who celebrated his 33rd birthday Friday — take part in Instagram lives with Nadal and Djokovic. Nadal, though, turned down a request from the 25-year-old Kyrgios to chat on the social media platform.

His career saved by hip resurfacing surgery last year, Murray suspected he would be ready to return to action when the pro tennis circuit resumes. "I think when things get back to normal I think I will be alright," said Murray. Kyrgios wants to play doubles with him. But a return date isn't yet known. And after the Read More – Source