Holidays 2020: How new quarantine rules will impact your summer holidays 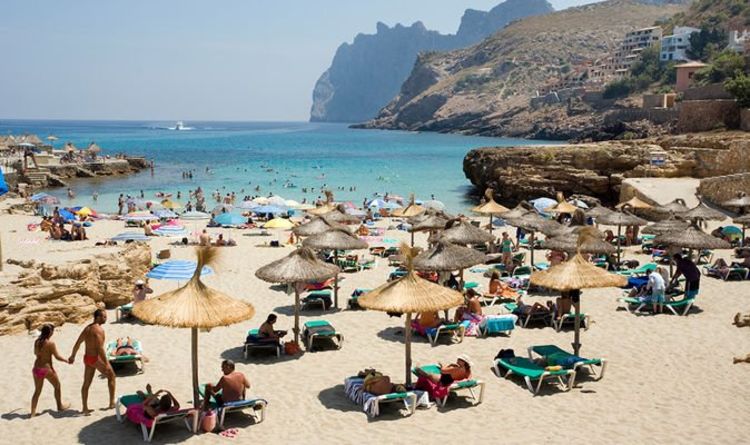 HOLIDAYS abroad have been put in jeopardy after Prime Minister Boris Johnson unveiled new quarantine plans for people arriving in the UK from abroad. Here’s all you need to know about the new quarantine rules and travelling abroad.

The Prime Ministers announcement yesterday left a dark cloud over the travel industry as many Britons faced the possibility of not being able to travel abroad this summer. The new rules, set out by Mr Johnson yesterday, suggest that most airline passengers arriving in the UK from abroad will have to quarantine for 14 days on arrival. Although no further dates or details have been released yet, it is expected that more information will be published in the UK Governments 50-page guide.

But with many British holidaymakers facing the possibility of not being able to go on summer holidays, what do the new rules mean for people with summer holidays booked?

Heres everything you need to know.

What is the current Foreign and Commonwealth Office (FCO) advice for travelling abroad?

The current FCO advice remains the same, with no updates given on their website.

Their website reads: “The FCO advised British people against all non-essential travel worldwide.

“This applies for an indefinite period due to unprecedented international border closures and other restrictions. All countries may restrict travel without notice.”

British people travelling abroad at the moment have been advised to return to the UK as soon as possible.

What are the new quarantine rules exactly?

The UK Governments new rules mean that almost everyone who arrives in the UK from abroad must self-isolate for 14 days.

All people arriving at airports, ports and on the Eurostar trains will have to provide a UK address where they will be staying and immediately self-isolating for 14 days.

UK authorities will then conduct spot checks on these individuals, with those caught breaking the rules receiving fines of up to £1,000 or deportation.

If, after two weeks, they do not develop COVID-19 conditions then they can be allowed to mix with the general population.

Yes, the exceptions include travellers from the Republic of Ireland and France.

Mr Johnson and President of France, Emmanuel Macron came to an agreement last night which means that British travellers will not have to quarantine if they return from France.

It is looking likely that crew members on board flights will be exempt along with international transit passengers.

Top sportsmen are also to be given an exemption for the 14-day coronavirus travel quarantine for international competitions, according to The Sun.

Can you still go on holiday in Spain later in the year?

Currently, no one can go on holiday in Spain or any other country, but as nations like Majorca and the Canary Islands look to kickstart their tourism trade, this could be a possibility.

However, those who go on holidays anywhere other than France or Ireland will have to quarantine for a further two weeks after they return.

This means that British holidaymakers may have to take a month off work for a two-week holiday.

Majorca is looking to let holidaymakers return as early as July but Britons could be last on the list due to travel restrictions.

The Canary Islands, which usually make most of their revenue from the tourism trade, are planning to move into the next phase of the coronavirus de-escalation plan today which means that hotels, small shops, restaurants and bar terraces will all open.

Wizz Air have already begun flights from Luton Airport to popular holidays hotspots such as Spain and Portugal.

But as the FCO travel guidance suggests, travel to these countries is still off limits.

British Airways is also hoping to restart flights in July but this is not certain.

Those arriving in UK ports from abroad must quarantine for 14 days and those arriving back on fly-cruises must also quarantine themselves to avoid potentially spreading coronavirus back into the general population.

Currently, most cruise lines have suspended their operations until late July earliest in accordance with global government travel restrictions.

Princess Cruises and Holland America recently announced that the have cancelled most of their voyages well into the autumn.

When will these new rules be lifted?

It is not clear when these new rules will be lifted but the travel industry is hoping for international travel to return to more regular levels in August.