HomeTravelBritons may be barred from holidays in Ireland until summer
Travel

Britons may be barred from holidays in Ireland until summer 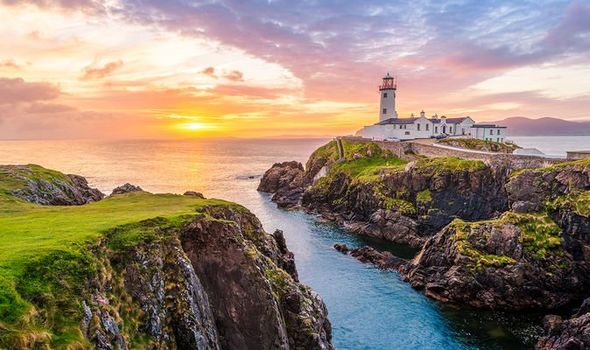 HOLIDAYS for Britons have temporarily become a thing of the past as coronavirus travel bans and restrictions remain in place across the world. Now, a tourism expert has said that Britons may not be allowed to holiday in Ireland until the late summer.

Britons have been forced to put their holiday plans on hold due to the coronavirus pandemic as of late, which has seen many budding travellers plan holidays closer to home. But if Britons were hoping to take a trip to the Emerald Isle for a summer holiday, they may be left disappointed. One expert revealed to The Independent that it may not be until the Autumn “before we see the recovery story happening for tourism in Ireland this year”.

The chief executive of Tourism Ireland, Niall Gibbons told The Independents Simon Calder: “Safety is paramount and in that context the 14-day quarantine will be continuously evaluated.

“The biggest disappointment would be if we had a recurrence, a reinfection during the recovery period.

“That would be a big blow to confidence.

“So I think its a very measured road map: it really gives people the confidence that were rebuilding slowly but surely and getting tourism back.

“Between July and August well see a restoration of local, regional and some national business, and perhaps the start of some international services.”

Mr Gibbons did reveal that there may be a light at the end of the tunnel for Britons hoping to return to Ireland.

He continued: “I think Great Britain will probably be the quickest to return for us.

“As soon as the road map was published, businesses started seeing an increase in bookings for the latter part of 2020 and into 2021, which is very encouraging.”

Ireland has so far recorded a total of 22,385 cases of coronavirus and just over 1,400 deaths.

Irelands Taoiseach Leo Varadkar explained in an address to the country that the government will be implementing a five-phase road map to help the country recover from the coronavirus.

He said: “Our plan is to open the country in a slow, staged, phased way. Five stages, three weeks apart starting on May 18.

“And if all things go to plan, the fifth phase will commence on August 10.”

The road map does not clearly explain when visitors from Britain and other countries will be allowed to visit as tourists.

However, phase four, which will begin on July 20, will see the reopening of campsites, hostels and hotels take place.

Currently flights and ferry services are continuing to operate between Ireland and Great Britain.

Some airlines are also operating a reduced service between the two nations.

At the end of April, the Irish government announced that people arriving from overseas, including those from Ireland, will have to self-isolate for 14 days.

The government website added: “Passengers on air and sea routes into Ireland must fill in a health passenger locator form providing the address of where they will self-isolate for the next 14 days and contact details for follow up.”