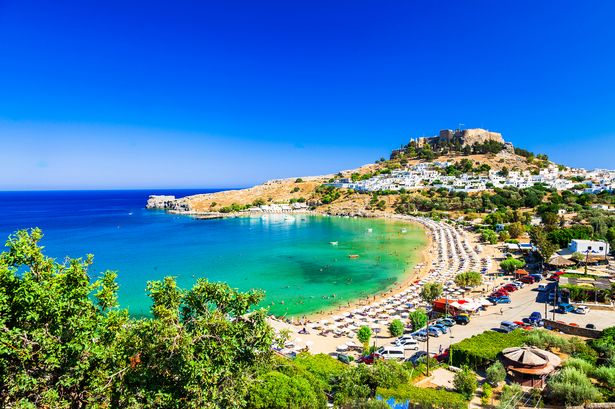 Greece might be high on the list of many peoples summer holiday destinations, but for Britons dreaming of getting away the country will be out of reach for some time yet.

The UK was not included on a list of 29 countries released by Athens on Friday deemed to fit an “epidemiological profile” that makes travel from them relatively safe.

However, people from European countries including Albania, Austria, Denmark, Germany, Finland, Norway Romania and Serbia – which like Greece have kept coronavirus infection rates and casualties low – will be allowed to fly in from 15 June.

But the epidemiological profile “sadly” did not apply to Britain, said government officials, aware that the UK is one of Greeces biggest markets. Last year close to 4 million Britons travelled to Greece, with most heading to its extensive archipelago, which has remained remarkably Covid-free.

One prominent visitor has been the UK prime minister, Boris Johnson, who has often stayed at the villa his father owns in Pelion, the peninsula off the Greek mainland overlooking the Aegean Sea.

Seen as a rare success story in its handling of the pandemic, Athens centre-right administration applied draconian restrictions early on, going into lockdown before the country had recorded its first coronavirus fatality. To date, Greece has registered fewer than 3,000 confirmed coronavirus cases and a death toll of 175.

The tourism ministry announced that people from all 29 countries could fly into either Athens or Thessaloniki, in the north of the country, from mid-June.

“Sample tests will be conducted on visitors from the [listed] countries,” it said. “For all other countries, the current regulations continue to exist.”

But it added that the list was under constant review and would probably be expanded by the time direct international air links were restored with islands and other mainland destinations on 1 July.

Tourism is Greeces most vital industry, accounting for one in five jobs and almost 25% of economic output.

The country faces a double-digit recession if it fails to salvage at least some of the summer holiday season, with an estimated 65% of hotels facing the possibility of bankruptcy if they do not get visitors. Ryanair has already announced it will be restarting routes to Greece in July.

Greek officials who have found themselves disheartened by the UKs handling of the pandemic are hoping that by then they will be able to include the UK on their new list.