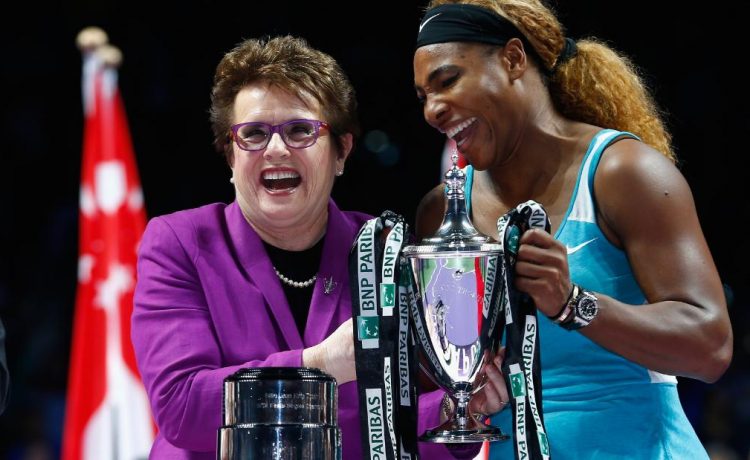 Will the extended time off due to the coronavirus prove beneficial? Or could it be a hindrance, adding more days, weeks and months to the body clock at a time when players such as Roger Federer, Serena Williams and Rafael Nadal are closer to retiring than starting their careers? Will it have any effect at all?Follow @cnnsport Nadal is one grand slam title behind Federer's men's record of 20, while Williams sits one behind Margaret Court's all-time record haul of 24 majors. A longtime friend of Williams, trailblazer Billie Jean King told CNN's Christiane Amanpour the American should consider it a plus. Williams, who turns 39 in late September, won the last of her grand slam titles in January 2017 at the Australian Open while six weeks pregnant with daughter Olympia. She has since lost four grand slam finals and in her last appearance at a major, was upset in the third round of the 2020 Australian Open by China's Wang Qiang. "I think you have to look at it as a positive in that you have to figure out what you need to do," said the 76-year-old King, founder of the WTA tour, when asked how the layoff would affect Williams' chances of catching Court. She then touched on the fitness element. "The one thing when you're an older player is you have to be more fit than you ever thought possible. I played until I was 40," said King, who contested her last singles match as a 40-year-old at the 1983 Australian Open and final doubles match aged 46. "And I remember sometimes playing against a player that was half��my age. So you have to be extremely, extremely fit and if I were Serena with this time off I would enjoy my baby daughter and my husband but I would also be, absolutely just from a physical point of view, driving myself and being absolutely disciplined to be so fit … so when the tournaments start up again you definitely can be ready. "But I think that's the most important thing for Serena because once she starts playing matches, she is amazing."

The stoppage in tennis that began in March has hurt Novak Djokovic the most on the men's tour, meanwhile, said his former coach Boris Becker. Djokovic was undefeated in 2020, a stretch that included winning his 17th grand slam crown at the Australian Open to get closer to his two major rivals. At 32 he is a year younger than Nadal and six years junior to Federer. "Of the three guys, he mRead More – Source