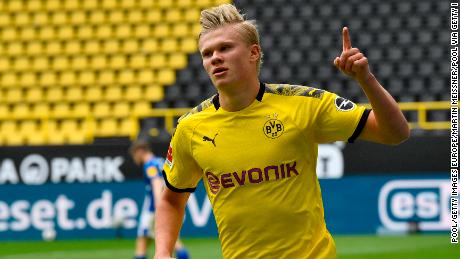 The Polish international scored the 40th minute opener from the penalty spot as the Bavarian giant won 2-0 Sunday, his 40th of the season in just 34 league and cup matches for Bayern.French defender Benjamin Pavard headed home the second in the 80th minute to seal the win for the visitor to take Bayern four points clear of Borussia Dortmund, 4-0 winners over Schalke on the resumption of the Bundesliga Saturday after a two-month hiatus.Before the league was halted by the coronavirus pandemic, Union Berlin's gutsy performances had been one of the talking points of the season, the promoted side punching well above its weight, with shock home wins over title contenders Dortmund and Borussia Moenchengladbach.Bayern was also expected to feel the heat in front of a capacity 22,000 crowd at the unique Alten Foersterei ground, but instead with the match played behind closed doors and with the same sterile atmosphere that has marked the other fixtures on the restart, it proved all to easy for the league leader. 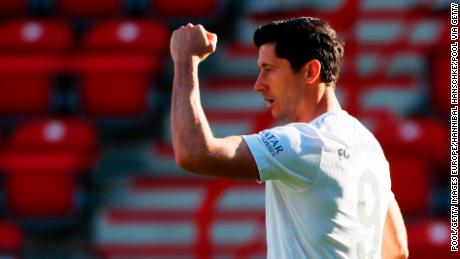 Union Berlin did start brightly to force a couple of early openings, but thereafter Bayern's superior quality enabled Hansi Flick's team to control the play and dominate possession.Bayern thought it had taken the lead through Thomas Mueller, but his 17th minute effort was correctly ruled out for offside by the Video Assistant Referee (VAR).The breakthrough came after Union defender Neven Subotic clumsily brought down Leon Goretzka to concede a penalty which the deadly Lewandowski converted with ease.It was his 26th league goal of the season and totally took the sting out of the home side, which offered little in return with top goalscorer Sebastian Andersson kept on the bench until the closing moments.The second half was almost a training ground exercise for Bayern, with the excellent Pavard sealing the three points with a neat header from a Joshua Kimmich corner, briefly hugging David Alaba in contravention of the new guidelines as he celebrated his third goal of the season. 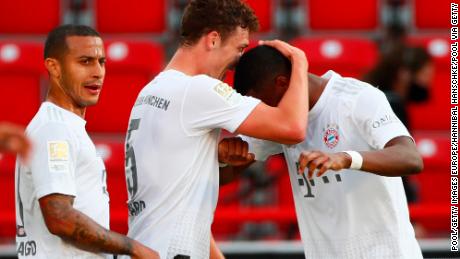 It was all a far cry from the intimidating atmosphere that had greeted other visiting teams this season, with only a maximum of 300 people, mainly players, officials and media, allowed in the stadium.Bayern stalwart Mueller admitted that the lack of Union fans had helped his sRead More – Source