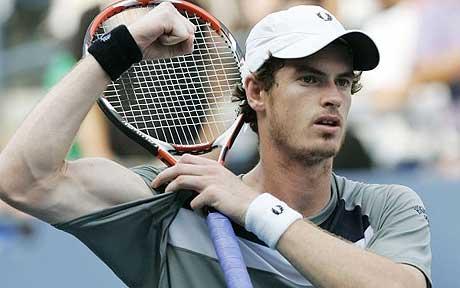 Andy Murray has been beset by injury in the past few years.

Patrick McEnroe has backed Andy Murray to break back into the top 20 of the world rankings but doubted his chances of competing for major titles against the likes of Roger Federer, Rafael Nadal and Novak Djokovic.

After hip resurfacing surgery in January 2019, Andy Murray was back in action by the summer, competing at Wimbledon, and then capped a memorable return by winning the European Open in Antwerp in October.

But since that victory, Murray has played just one competitive match since and he hadn’t played a match in 2020 before the season was suspended due to the coronavirus pandemic.

Murray was targeting a comeback in Miami in March but while those plans have been dashed it now gives him more time to get fully fit.

At his very best, Andy Murray was on par with the ‘Big Three’ of Federer, Nadal and Djokovic and McEnroe feels tennis will be rooting for the former world No 1 to get somewhere near that level again.

“I would say he could get close but I think it’s going to be difficult for him to get back to the level he was at, in other words, right there with Federer, Nadal and Djokovic,” he told the BBC.

“I do think he could probably get back to the top 20 or top 15. When he came back and won that tournament indoors that was a great sign.

“So if he could get back and be in the mix, that would be awesome and we would love to see that in the tennis world.”

Speaking in an Instagram Live session with Novak Djokovic in April, Murray opened up on the mental and physical battle he’s faced while on the sidelines and life at home with his family.

“Being away from the competition for a long period of time, you lose a little bit of an edge,” he said.

“You lose a little bit of your aura. Maybe people see you coming back from an injury, theres a sign of weakness there.

“You need to build that up again by winning matches. The psychological aspect sometimes is tougher than the physical aspect.

“Ive got to see my kids do things for the first time, usually when were away travelling, that you miss.

“Youre learning a new way of living. Youre so used to the travelling and the structure that the Tour brings. You get injured, or whats happening now, and youre home all the time with your family.

“Its a big change. But the positives certainly outweigh the negatives. I realise, once tennis is done for me, Ill be just fine.

“I was always worried about what that might look like, being in just one place all the time. Ive enjoyed it. It was good.”