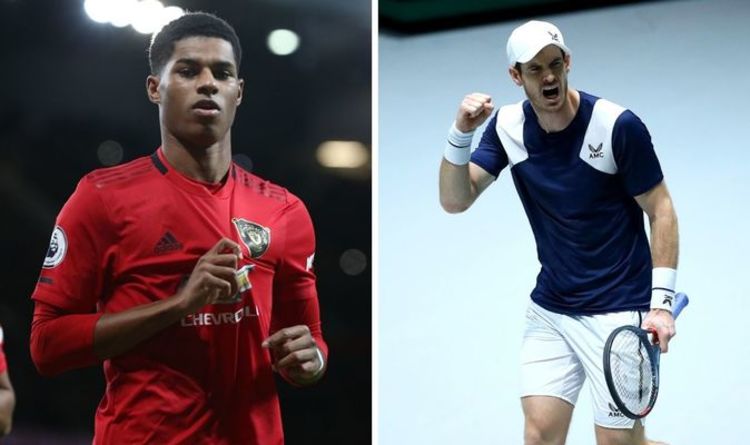 Andy Murray says he enjoys the pressure of being reliant on himself to win tennis matches in a discussion with Manchester United attacker Marcus Rashford.

Murray and Rashford are two of British sport’s biggest stars and they linked up for a conversation on social media.

Both are currently waiting to continue doing what they do best after the coronavirus pandemic caused football and tennis to take an enforced breaks.

And this allowed the duo to chat about various aspects of their respective games, including how to handle pressure.

Competing in the same era as Roger Federer, Rafael Nadal and Novak Djokovic, Andy Murray has had to cope in big moments against them.

But he has been able to win three Grand Slam titles, two Olympic gold medals and the Davis Cup.

Meanwhile, Rashford must manage the expectations at club and international level of his team-mates and millions of fans.

And the 22-year-old started by asking Murray to talk about what it is like being an individual performer.

“One of the nice things about an individual sport is that the outcome of the match is solely reliant on you, so if you go out and have a great performance, the chances are that you win,” Murray explained.

“In a team sport, you might play badly and the rest of your team plays great, and you still win. Thats where I feel like in the individual sport it puts quite a lot of pressure on.

“I love the fact that in tennis if you put in the work yourself you solely can influence the outcome of the match. You dont need to rely on other players as well.”

And he told Andy Murray that he reckons having to take penalties are tougher than due to its infrequency.

“I think the moment of a penalty is the one time where a footballers mindset is in a similar mindset to what you just spoke about,” Rashford said.

“Its just you against the keeper, and if you take a good penalty, youre going to score and ultimately win the game for your team.

“With tennis, youre doing that all the time against one opponent.

“Id probably say youre in more of a rhythm of doing that, so Id probably say the penalty is more difficult, purely because there arent that many of them that come about in games.”