‘Situation of children in Somalia is devastating’ – UN Special Representative

New York, April 1 2020 – Children in Somalia have endured among the highest levels of violence of all countries on the Children and Armed Conflict agenda, with number of cases of recruitment and use, abduction and sexual violence exceeding those verified in other country situations, highlighted the fifth report of the Secretary-General on Children and Armed Conflict in Somalia.

A total of 14,856 grave violations against children have been verified during the reporting period, between August 2016 and September 2019.

“The situation of boys and girls in Somalia is devastating,” said the Special Representative of the Secretary-General for Children and Armed Conflict, Virginia Gamba. “The correlation between violations is particularly distressing, with abductions of children often leading to their recruitment and use or sexual violence; even once released, their ordeal is not yet over as boys and girls are often detained for their association with armed elements, perpetuating an infernal cycle of violence.”

Recruitment and use of children remained one of the most worrisome violations with Al-Shabaab as the main perpetrator, followed by Government Security Forces, including increasingly the Somali Police Force and the regional forces of federal member states. An alarming number of 4,462 children were abducted, almost all by Al-Shabaab and often for the purpose of recruitment, making the country by far the one on the CAAC agenda with the highest verified numbers of abductions.

The detention of children for their alleged association with armed groups remained highly concerning, with 910 children affected. The Special Representative reminded that children associated with parties to conflict should be treated primarily as victims and detention used only as a last resort and for the shortest period of time. She further called on the authorities of Somalia to fully implement the Standard Operating Procedures for the reception and handover of children associated with armed groups, endorsed in 2014.

The number of children killed or maimed remained high (2,916), which was the result of crossfire, lack of precaution in the conduct of military operations, improvised explosive devices, explosive remnants of war and airstrikes. Access to education and health care was also disrupted because of the conflict; 242 incidents of attacks on schools and hospitals were verified, the majority attributed to Al-Shabaab; 148 incidents of denial of humanitarian access were verified. The Special Representative praised the work of humanitarian colleagues on the ground, often operating in challenging environment.

Despite the high number of verified cases for rape and other forms of sexual violence (958 children), the actual figures are likely to be higher as the violation remains consistently underreported for fear of stigma, reprisal, or lack of services for survivors. Somali security forces were responsible for one-third of the violations; girls were also forcibly married to Al-Shabaab combatants.

Despite the dramatic figures, some steps have been taken by the authorities in Somalia. The commitment of the Federal Government to better protect children, as evidenced in the proposed Sexual Offences Bill and Child Rights Bill, among other things, is encouraging and welcomed by the Special Representative. She called on the authorities to pursue their engagement for children by enacting the two pending bills, so they effectively criminalize grave violations against children.

The Special Representative also noted the efforts of the Somali authorities to expedite the implementation of their Action Plans to end and prevent the recruitment and use as well as the killing and maiming of children through the signature of a roadmap during her visit in October 2019. The roadmap also incorporates measures for the prevention of sexual violence and other measures to enhance the cooperation on child protection at the federal member state-level.

3,554 children benefited from reintegration services during the reporting period, an encouraging number and significant increase compared to the previous reporting period. “Each and every child released should have access to comprehensive reintegration programmes. This is not only necessary for their recovery: it benefits the country as a whole. I call on the international community to support politically and financially the long-term and sustainable reintegration of all children formerly associated with armed forces and armed groups,” she added.

Furthermore, the Special Representative urged the Federal Government to ensure that all militias and regional forces integrated in the Somali National Army and other Somali security forces are screened to identify and release all children below 18 years old.

The Special Representative also encouraged the Somali authorities to use the opportunity of the 20th anniversary of the Optional Protocol to the Convention on the Rights of the Child on the Involvement of Children in Armed Conflict (OPAC) to ratify it. She reiterated the willingness of her office to support the authorities in their efforts to better protect children from hostilities.

14,856 grave violations against children throughout the country

Killing and maiming: 2,916 children * the majority of child casualties could not be attributed

Attacks on Schools and hospitals: 242 incidents (203 against schools, 39 against hospitals)

Somali National Army (Recruitment and use of children; Killing and maiming of children) 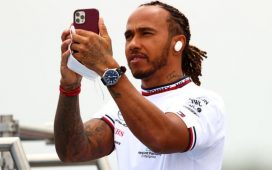 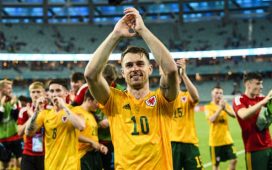 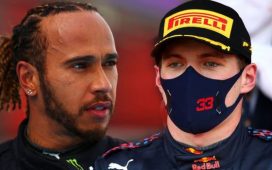 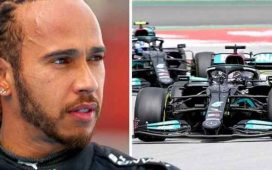