Dalglish, 69, was admitted to hospital last Wednesday for treatment on gallstones and despite showing no symptoms returned a positive diagnosis for Covid-19 after a routine test.The news prompted a flood of goodwill messages from across the sporting community and on Sunday it was revealed that Dalglish was recovering in self-isolation at home.Writing in The Sunday Post, Dalglish paid tribute to "absolutely brilliant" hospital staff who had treated him."People may think my name got me the best of care but every patient in the NHS gets the best of care," he wrote."As a nation, we are lucky to have them and I wish them all well as they work tirelessly to help the country through this pandemic." Dalglish, who has a stand named after him at Liverpool's Anfield stadium, won eight English championship titles and three European Cups with the powerhouse as a player and manager.His efforts to support fans in the aftermath of the 1989 Hillsborough disaster, when 96 Liverpool fans died as a result of a crush at an FA Cup semifinal, were also widely praised.He also won the English Premier League title as a manager with Blackburn Rovers in the 1994-95 season. 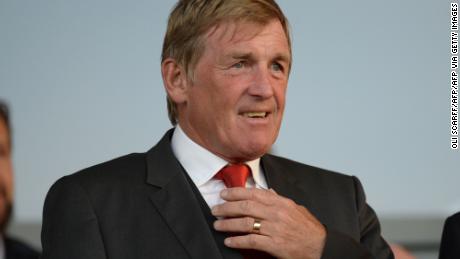