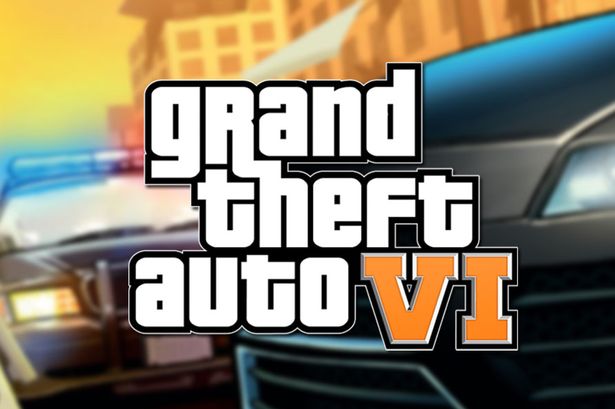 THE GTA 6 release date could be years away, but when it does arrive, it could learn a lot from the success of Fortnite Battle Royale’s recent Travis Scott event.

While Fortnite and Grand Theft Auto are very different in almost every way, there is one thing that ties them together. And this could be shown very boldly with the release of GTA 6 on PS5 and Xbox Series X. While there are still lingering hopes that the next major title from Rockstar Games will land on PS4 and Xbox One, its getting less likely.

And if that is true, it paves the way for a truly next-generational shift for open worlds.

Theres been some talk about something called the Metaverse, a virtual shared space that has yet to be created.

Its being touted as a replacement for the internet and would bring together virtually enhanced physical reality and physically persistent virtual space.

Were probably a long way away from such a thing being used in everyday life but the breadcrumbs leading up to its creation are already being found.

Fortnite Battle Royale is being seen as an outrider to that shared virtual world, highlighted this week by the Travis Scott concert.

It doesnt exactly fit the description of the metaverse but it did create an event that millions will share around the world.

Epic Games is certainly known to have ambitions to showcase Fortnite and the Unreal Engine as something bigger than it already is.

And what was shared during the Travis Scott certainly shows what could come with a shift to more powerful hardware.

Heres video games analyst Bushs take on the Metaverse and the impact games are currently having on that concept, telling Motley Fool in January 2020:

“I think we are seeing some very early stage examples of what the metaverse could be. You see in Fortnite, we’re starting to see live events and things. There was a live concert earlier in the year. There was a live demonstration of a Star Wars event and advertisement that happened there as well.

“So Fortnite is testing things. I think over the next 12 months or so, we’ll see them evolve from being a game to a platform. And I think to make that shift, they will have to better prioritize user-generated content and letting the community have more of a say in creating things in the Fortnite universe. We’re seeing that happen in games like Minecraft, which is a massive game.

“Roblox has taken off. It’s kind of an app, but games within the game that people are creating all these different experiences.”

But Fortnite and Epic Games might not be the next place we see such a jump in the next few years.

Having seen what is being done in Fortnite, it makes you wonder what new game could push the limits next. And it would be rude not to mention Grand Theft Auto 5 and what will replace it, GTA 6.

Rockstar Games has yet to announce a release plan for its next Grand Theft Auto project, and its easy to see why. GTA Online, the massively popular multiplayer mode has grown to an enormous scale when it comes to a concurrent player base.

Its also a world which is shared by a group of people who usually end up interacting in… creative ways. Again, no one expects GTA 6 to create the metaverse being talked about but it could be the next breadcrumb.

The current version of GTA Online is limited in what it can do and while small events pop up while in free roam, they are in no way on the same scale as Fortnite events.

But the launch of the Diamond Casino revealed how Rockstar Games could effectively build on its own economy and introduce new ideas that are not entirely possible in other games.

Launching GTA 6 will provide Rockstar Games with more tools and a larger multiplayer experience, and there seems no doubt that they could create something special, depending on what their plans are for the next Grand Theft Auto game.

The one thing that isnt available in huge doses right now in GTA Online is user-created content, something Bush believes will become more and more important.

He adds: “I think the long-term runway of this is that user-generated content will become much more important.

“And the companies that can really evolve to empower creators will become the next $100 billion companies.

“That is going to be really exciting. And that’s going to take course over many years. Right now, we’re starting to see that take place in PC, console, and mobile.”