Aston Villa captain Jack Grealish's apology came after UK media reported that he was pictured at the scene of a road traffic accident Sunday morning, where two parked cars suffered minor damage. Villa says it has fined and disciplined Grealish.In a video message posted to Twitter on Monday, Grealish said he was "deeply embarrassed" by an incident that happened "this weekend," where he admitted to visiting a friend despite government guidelines to avoid unnecessary travel. Grealish did not mention a traffic incident in his apology.Police were called to the Dickens Heath neighborhood of Solihull, central England, just before 10am local time Sunday, where two parked cars suffered minor damage, PA Media news agency reported.CNN has reached out to the police force for further comment.UK media outlets reported that Grealish's car was involved in the incident, citing images that appeared to show Grealish and his car at the scene.Prior to the incident, Grealish posted on social media, asking his followers to abide by the government guidelines and "stay home.""To help save lives, you must stay at home. Only leave your house to buy food, to buy medicine, or to exercise," Grealish said in a video posted to Twitter on Saturday. 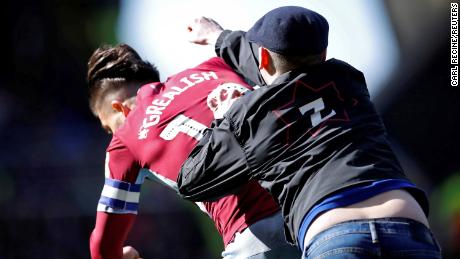 Grealish issued an apology video to his social media on Monday, saying: "I just want to do a quick video message just to say how deeply embarrassed I am by about what has happened this weekend." "I obviously just got a call off a friend asking to go round to his, and I stupidly agreed to do so," he said, adding that he would be folRead More – Source