Manchester United and Manchester City — who both play in the Premier League — announced on Saturday that they are donating a combined $117,000 (£100,000) to help food banks in the Greater Manchester area. Food banks have been facing increased demand because of the spread of the disease. And the "City United" scheme hopes to alleviate some of those strains. "We are proud of the role our supporters play in helping local food banks and recognise the increased strain likely to be placed on these charities by the impact of coronavirus," the clubs said in a joint statement. "At a time of challenge for our community, we are pleased to come together with our fans to help vulnerable members of society in a City United."The food banks in the Manchester area usually collect a large proportion of their donations on match days for Manchester City and Manchester United. But that source of donations — collected by MCFC Fans Foodbank Support outside of Manchester City's Etihad Stadium and MUFC Fans Foodbank outside Manchester United's Old Trafford — was cut dry after all professional football in England was postponed until at least April 30, with the current season extended indefinitely.So following a joint project between the MCFC and MUFC Fans' Foodbanks, it was announced each club will donate £50,000 to the Trussell Trust. 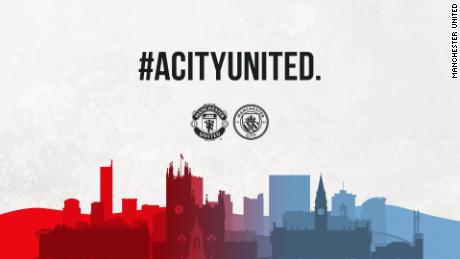 The Trust supports a network of over 1,200 food bank centers, including 19 in the Greater Manchester area."As the coronavirus pandemic develops, more people than ever may need help from food banks across our network," The Trussell Trust's Senior Operations Manager Rachel Macklin said. "This situation presents a huge additional pressure on already overstretched resources. We may start to see a reduction in food donations and volunteers may become unavailable if they are in the at-risk categories or are self-isolating. "We're working closely with our network to understand each food bank's situation, offer guidance, and work out how we can best support them. We know we won't be able to do this alone, so we are truly grateful for the support."Globally, more than 272,000 people have contracted the virus and at least 11,310 have died, according to a tally by Johns Hopkins University.READ: Brazilian soccer stars wear face masks in protest at playing match amid coronavirus pandemic 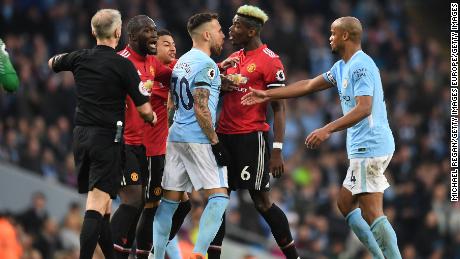 Elsewhere in the league

Outside of Manchester, Premier League clubs around the country have been doing their bit to help people cope during these turbulent times. Chelsea's billionaire owner Roman Abramovich Read More – Source