The Merseyside team actually fell behind, England international Callum Wilson prodding the relegation strugglers ahead. An error from substitute defender Jack Simpson allowed Mohamed Salah to level before Sadio Mane gave the hosts the lead. The win moves Liverpool 25 points clear of second-placed Manchester City and within three wins of securing the Premier League title. READ: Soccer players in quarantine after former Denmark international tests positive for coronavirusHaving gone 30 years without winning a top flight league title, Liverpool fans won't mind how it comes. But despite being 22 points clear at the top of the league, after suffering back-to-back defeats, the tension among the Anfield faithful was palpable. That only got worse as Wilson gave Bournemouth a surprise lead with a controversial goal. The striker appeared to push defender Joe Gomez in the buildup before latching onto Jefferson Lerma's low cross to open the scoring. The lead didn't last long. After Bournemouth captain Steve Cook was forced off because of an injury, his replacement Simpson was dispossessed by Mane deep into his own half and Salah coolly slotted home on his 100th appearance for the club. And they were soon ahead, Mane latching onto a perfectly placed Virgil van Dijk pass, his 70th Premier League goal for Liverpool on his 100th appearance for the club. The Reds still needed a remarkable goal line clearance from James Milner in the final few minutes to hold on as Bournemouth went looking for an equalizer. If Manchester City lose the next three games against Manchester United, Arsenal and Burnley, Liverpool could be champions by the time it plays Everton in the league on March 16. The result means Bournemouth remains in the relegation zone, level on points with Watford and West Ham with a worse goal difference. READ: Flamengo fans find a taste of the Maracana 5,700 miles from home 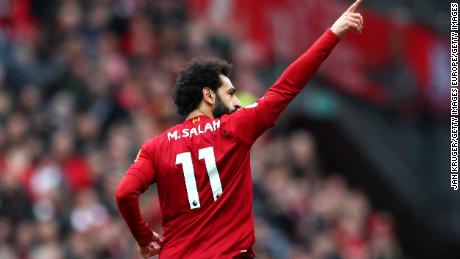 "I know what the boys are able to do, but I am not the one that is playing. They are. We have said before, confidence is not something that you get, put in your pocket and keep Read More – Source