With Neymar and Mbappe, PSG has nothing to ‘fear’ in Champions League

Speaking to Canal+ after PSG's 4-2 victory over Olympique Lyonnais in Ligue 1, former Brazilian international Leonardo, who returned to his role as the club's sporting director last year, says his team is "calm" despite the French club's underwhelming record in the Champions League.Visit CNN.com/sport for more news, videos and featuresThe French champion, which has long targeted European glory on top of its dominance in Ligue 1, has not progressed past the Champions League last 16 since 2016, and not beyond the quarterfinals since 1995. "I think that every year, as soon as we approach the knockout stages of the Champions League, we start to say that the team is not ready, that Ligue 1 is not at the level to prepare Paris," said Leonardo."I want to understand why? The team is first in the championship. We have an incredible group of players. The form of our best player (Neymar) is at the highest level. Why must there be concern for the Champions League?"We don't play life or death. I think the team is ready, if we win, it's good otherwise it doesn't matter, the team can get out of this."PSG travels to Dortmund's Signal Iduna Park next week — a venue renowned for its noisy home support — before the second leg takes place in Paris on March 11. A shock 3-1 defeat by Manchester United at the Parc des Princes last season put PSG's Champions League hopes on hold for another year.READ: 'There's a new king in town' as Romelu Lukaku trumps Zlatan Ibrahimovic in Milan derby 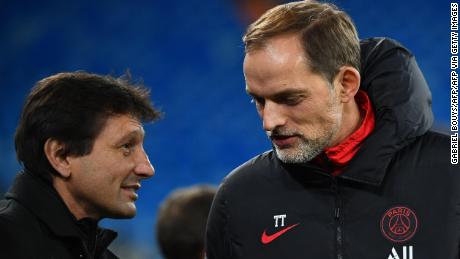 Five victories in the group stage and a draw against Real Madrid saw PSG progress to the final 16."We are calm," said Leonardo. "PSG wants to play the round of 16, quarterfinals, semifinals … we have to get out of this negativity. "It will be good for France if we go to the final, not just for Paris. Today, I'm happy because we have a great team and great players. Which club has a team like this? "In the four best players in the world, there is Neymar and MbRead More – Source