Manchester City's Premier League match with West Ham was postponed as Storm Ciara lashed the United Kingdom with rain and winds of up to 80mph (130km/h), damaging buildings and causing transport disruption."Due to extreme and escalating weather conditions and in the interests of supporter and staff safety, today's match has been postponed," said a statement on the Manchester City website."This decision has been made by Manchester City's Safety Officer following consultation with Club stakeholders and officials at West Ham United," added the statement.The entire Women's Super League football program in England — including derbies between Arsenal and Tottenham as well as Everton and Liverpool — was also wiped out by the weather.The north London derby had been a sell-out, while the game between Everton and Liverpool at Goodison Park had been expected to attract a 20,000-plus crowd.READ: What's next for Messi after the Instagram post that rocked Barca?In Germany, Borussia Moenchengladbach's Bundesliga match against Cologne on Sunday was also called off."As the safe travel of the fans after the game cannot be guaranteed, Borussia Moenchengladbach has decided in consultation with the city, fire brigade, police and the German Football League (DFL) to cancel the game," said Moenchengladbach in a statement. 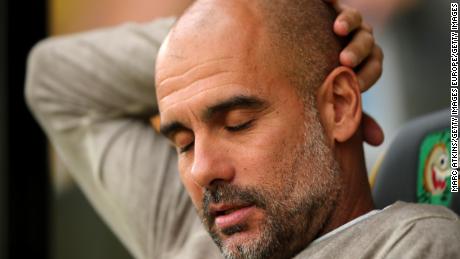 READ: Scandinavian 'superheroes' stun Real MadridMeanwhile the Dutch Football Association (KNVB) took the decision to postpone Sunday's four top-flight matches as well as all amateur games."The games for Sunday, February 9 in the Eredivisie are canceled," said the KNVB in a statement."After frequent consultations with the Eredivisie clubs, municipalities, police and KNVB, it was concluded that the safety of the fans and plaRead More – Source