The two teams shared seven goals in one of the most thrilling games of the Ligue 1 season, as PSG came from a goal behind to secure a 4-3 win and extend its lead at the top of the table to 13 points.But the game ended on something of a sour note with Neymar shown a red card for a second bookable offense after clumsily hacking down Yacine Adli.The Brazilian appeared to have been left aggrieved after referee Willy Delajod declined to award him a number of free kicks; Neymar left the pitch sarcastically applauding the official and tore his shirt off in frustration.Though the victory will come as a relief to PSG, there will be some concern for coach Thomas Tuchel at the number of goals his team is conceding.As well as the two conceded midweek against Dortmund, PSG shipped another four in last weekend's frenetic 4-4 draw against Ligue 1 struggler Amiens.READ: Neymar and Kylian Mbappe hailed as 'two of the best four players in the world' by PSG's LeonardoREAD: Paris Saint-Germain president Nasser Al-Khelaifi charged with criminal offenses in FIFA case

To compound its defensive frailties, PSG lost captain and central defender Thiago Silva to a thigh injury after 25 minutes, which makes the Brazilian a doubt for the French Cup semifinal against Lyon and the Champions League second leg against Dortmund next month.There was some good news for PSG as striker Edinson Cavani scored a landmark 200th goal for the club since moving to the French capital in 2013, netting the equalizer after Hwang Ui-jo had opened the scoring for Bordeaux.Though he has struggled for fitness and game time this season, scoring only five goals, the Uruguayan is the club's all-time record goalscorer.After Marquinhos, who replaced the injured Silva as captain, had given PSG the lead once again, then arrived arguably the strangest goal of the weekend.Stand-in PSG goalkeeper Sergio Rico shanked his clearance straight into the shins of Bordeaux defender Pablo and the ball cannoned into the goal.Marquinhos once again came to PSG's rescue, scoring again to mark his first ever double for the club, before Kylian Mbappe got the fourth goal soon after. 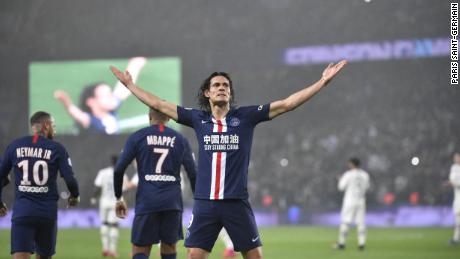 Ruben Pardo's thunderbolt seven minutes from time set up a nervous finish for the Parisians but they held on for victory, despite going a man down in the dying stages.While there is no doubt PSG can be devastating going forward and possesses one of the most lethal attacking forces in Europe, anRead More – Source