The Barca talisman had last scored against Granada on January 19 in Quique Setien's first game in charge, a run of four games and 389 minutes, but 14 minutes into the game at the Camp Nou normal service resumed.Receiving the ball on the edge of the area after a long spell of possession, the maestro slipped between two defenders, putting the ball between the legs of one, before scoring the opener.It was a brilliant individual goal and in the 37th minute he had a second, bursting forward on to a pass from Sergio Busquets to add to his tally.His hat-trick came two minutes later after good pressing by Ivan Rakitic, the ball eventually falling to him in the box to score from close range.Barcelona's new signing, striker Martin Braithwaite, came on with 20 minutes remaining and his cross set up Messi for his fourth and two minutes later his shot was saved with Arthur following up to complete the rout. 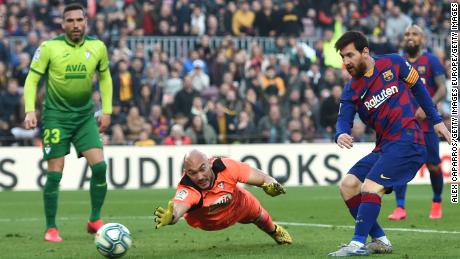 The win has taken Barca two points clear at the top of the standings after Real Madrid's shock 1-0 defeat at Levante later Saturday with Jose Luis Morales scoring a 79th minute winner. The win is a welcome morale-booster Barcelona after a turbulent spell for the Catalan giants with Messi involved in a public spat with technical director Eric Abidal and the Argentine also casting doubts over the club's ability to win the Champions League.Before the match, Barca fans waved white handkerchiefs and sang protest songs against club president Josep Maria Bartomeu in a sign of the general unrest.By the finish cheers had replaced jeers, but tougher tests than Eibar await this week, with a Champions League clash with Napoli followed by El Clasico against Real Madrid which could decide the Spanish title race.

Meanwhile, Messi's great rival Cristiano Ronaldo has marked his 1,000th appearance for club and country with the opening goal in a 2-1 win for Juventus at SPAL in Serie A Saturday.The Portugal superstar was rested for Juve's 2-0 win over Brescia last weekend, but recalled to Maurizio Sarri's starting XI he celebrated the notable milestone with the opening goal at Stadio Paolo Mazza.Ronaldo was finding the net for his 11th consecutive Serie A game, a feat previously only achieved by Gabriel Omar Batistuta in the 1994/95 season and Fabio Quagliarella in 2018/19. 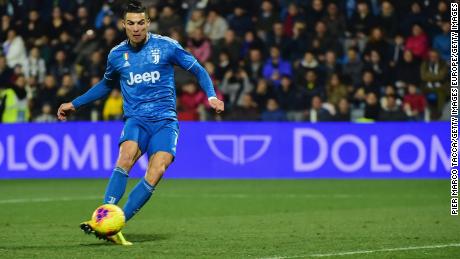 Former Arsenal star Aaron Ramsey adding a second for the Serie A leader on the hour mark.An Andrea Petagna penalty on 70 minutes gave hope to the home side, but Juve hung on for a valuable three points.Lazio and Inter Milan play SundRead More – Source