The midfielder only made his debut for the Portuguese champion last season but has impressed during his 53 games for the cub. Spurs have the option to make the switch permanent at the end of the loan deal for a fee reported to be over $55 million. The 21-year-old becomes Jose Mourinho's first signing as Tottenham manager and will help bolster his options in midfield. "For me, this is one big dream to play for this club. I will try to give my best for the club every day, every training [session] and every game," said Fernandes.READ: Joao Felix: Atletico Madrid signs teenager in fifth richest transfer 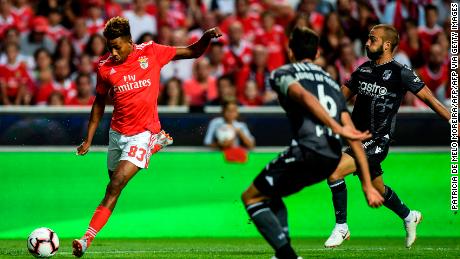 Fernandes has shown plenty of promise in his short professional career and won the Primeira Liga's Best Young Player of the Month for August.However, despite a seamless transition from youth football into the first team, opportunities this season have been limited for the youngster who last started a league match for Benfica back on 30 October. He is likely to be thrown straight into action at Tottenham with the club struggling for options in his position and with midfield maestro Christian Eriksen likely to join Inter Milan. The rising star shouldn't find it too difficult to make himself at home in North London though having already got family living in the capital."It's a hard story. My family, they came to London because in Portugal, work is very hard and it's very difficult to find work," he said. "Every player in the world, everyone, wants to play in the Premier League so this is more motivation beRead More – Source