The tie was evenly balanced until Jones — an academy product who made his first team debut last year — settled the contest with a superb curling shot from the edge of the area.Visit CNN.com/sport for more news, videos and fixturesJurgen Klopp rested virtually all of his regular first team players, instead fielding a starting lineup that featured three teenagers and new signing Takumi Minamino.But thanks to Jones' strike and three sharp first-half saves from goalkeeper Adrian, Klopp's risk paid off."The ball came to me and I only had one thing in mind — to shoot. Luckily enough it led to the match-winner and a great goal," said Jones."It's massive for me and the rest of the young boys. At times it's frustrating thinking you might get a chance but then having to sit on the bench and watch. "We proved that we are learning every day and trying to push for a place in the team."It was a second consecutive defeat under new manager Carlo Ancelotti for Everton, which had started the game at Anfield brightly.Dominic Calvert-Lewin, Mason Holgate and Richarlison all forced excellent saves from Adrian in the first period as the visitors probed Liverpool's goal with a series of testing crosses. READ: Prince William narrates 60-second mental health film aimed at millions of soccer fansReds captain James Milner was first off injured after six minutes as he denied Calvert-Lewin in the box. He was replaced by 19-year-old Algerian Yasser Larouchi, making it four teenagers — including 16-year-old Harvey Elliott — on the pitch for Liverpool.But despite Everton's chances, the youthful home side showed composure and enjoyed plenty of possession and territory in the first period. 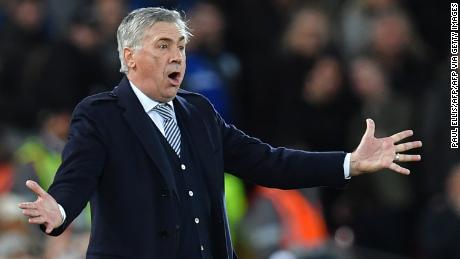 After the break, Liverpool came out stronger and played with greater tempo. Everton, meanwhile, was lackluster. Ancelotti introduced former Juventus striker Moise Kean in a bid to break the deadlock, buRead More – Source