The Uruguayan was shown a red card with just five minutes remaining of extra-time for cynically hacking down Alvaro Morata as the Atletico striker broke clean through on goal.The incident on the edge of the box sparked a melee involving both sets of players with Atletico furious with the way Valverde had denied them a chance to score a late winner. "It was something that I should not have done. I apologized to Morata, but it was the only thing I could do because he's a very fast player," said Valverde after the match."I'm happy to win the title but I'm still stuck with what I did because it's not right."With the match goalless at the time, Real Madrid recovered to win the final 4-1 in a penalty shootout with the midfielder being named Man of the Match for his dominating performance.READ: Demands for release of Saudi activist as Kingdom hosts Spanish Super Cup 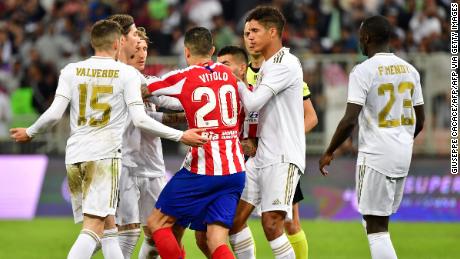 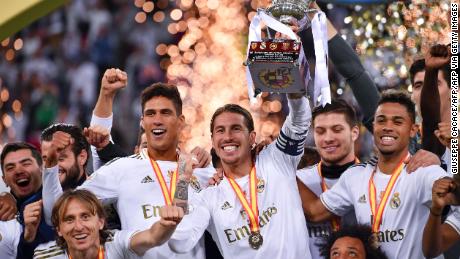 Man of the match

Zinedine Zidane, who has now won all nine of his finals as Real Madrid coach, said Valverde deserved the accolade despite his serious foul play. "He did a good job, he had no choice," Zidane said after the final. "He [Valverde] was named Man of the Match, but that's an award for everyone because every player gave it his all. It's a well deserved prize for him and all his teammates."Atletico coach Diego Simeone seemed to reassure Valverde as the midfielder walked off the pitch and, perhaps ironically, said the 21-year-old was deserving of his individual award. "It was the most important moment of the match because if the play had continued it could possibly have led tRead More – Source