HomeTennisMcEnroe and Navratilova protest against Court at Australian Open
Tennis

McEnroe and Navratilova protest against Court at Australian Open

A day after 24-time grand slam champion Court was honored at the tournament on the 50th anniversary of her calendar Grand Slam, McEnroe and Navratilova unfurled a banner calling for the Margaret Court Arena to be renamed in honor of fellow Australian Evonne Goolagong. After the conclusion of her veterans doubles match, Navratilova climbed into the umpires' chair to address the remaining crowd only to have the television feed cut off as she was speaking. "I've been speaking out about an issue for a while now and John McEnroe is here to join me and push the conversation forward…' she said, according to reports, before she was cut off. The pair, fierce critics of Court's views on LGBTIQ matters, then held aloft a banner which read "Evonne Goolagong Arena". Court was presented with a trophy by Australian great Rod Laver ahead of the fourth-round match between Rafael Nadal and Nick Kyrgios in Melbourne Monday. The controversial Court, now a Pentecostal pastor in Western Australia, has likened LGBTQ teaching in schools to the work of "the devil" and previously said tennis is "full of lesbians".The 77-year-old, the most successful player of all time, won all four grand slams in 1970, and while she was invited to this year's tournament in honor of the milestone, Tennis Australia added that it did not agree with her "demeaning" personal views.READ: McEnroe derides 'crazy aunt' Court despite grand slam 50th anniversary honor

In a statement, Tennis Australia said of McEnroe and Navratilova's protest: "We embrace diversity, inclusion and the right for people to have a view, as well as their right to voice that view. But the Australian Open has regulations and protocols with respect to how any fan, player or guest can use our facility, the event and the global stage it provides. This is to ensure the integrity of our event. 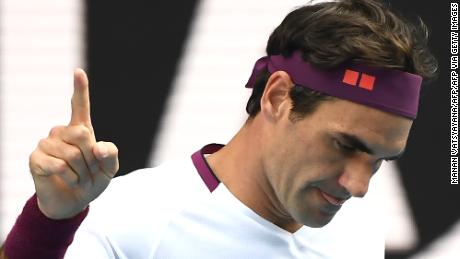 "Two high-profile guests have breached these protocols and we are working through this with them."In a letter published on tennis.com, Navratilova said the arena should be renamed after Goolagong, describing the seven-time grand slam champion as the "embodiment of what a role model or hero truly is".Navratilova wrote: "When airports, buildings, streets or stadiums are named after particular people, it is done, or at least should be done, to honor exceptional human beings — our heroes."Think Muhammad Ali, Nelson Mandela, Martin Luther King, Billie Jean King, Rod Laver, Rosa Parks. Would it not be appropriate if the Staples Center were renamed as a tribute to Kobe Bryant?"Such luminaries excelled in their fields and transcended them; they made a positive contribution to mankind; they led by example. And, perhaps most of all, they were on the right side of history."But Margaret Court does not belong in that company or category. Nobody disputes her achievements on Read More – Source