Rafael Nadal announced that he and Roger Federer will together donate $172,220 (250,000 AUSD) to support the relief efforts for the wildfires that have so far claimed the lives of 28 people. "Hopefully that will keep inspiring people to support this terrible disaster that we were going through and helps recover all the things that we need," said world No. 1 Nadal before taking to the court for a doubles match.Visit CNN.com/sport for more news, videos and fixturesIt was announced at the end of the exhibition that $3,324,858 (4,826,014 AUSD) has been raised by Tennis Australia ahead of the Australian Open so far. There was a buoyant mood at Melbourne Park's Rod Laver Arena as Nadal, Serena Williams, Novak Djokovic, Petra Kvitova and Dominic Thiem defeated Caroline Wozniacki, Coco Gauff, Naomi Osaka, Stefanos Tsitsipas and Alexander Zverev 4-3 in a doubles match.Players were mic'd up and there was no shortage of antics on the court, including American Gauff single-handedly taking on three players for one point.READ: Dalila Jakupovic hits out at Australian Open organizers after bushfire smoke forces her to quitA later point saw all four players from both sides take to the court, only for Gauff to finish the rally with a crisp backhand volley.Firefighters who have been battling the flames were invited to sit courtside for the event, with Deb Borg winning a point while playing alongside Nadal.Federer then took to the court and defeated Australian Nick Kyrgios 7-6 in a singles match. 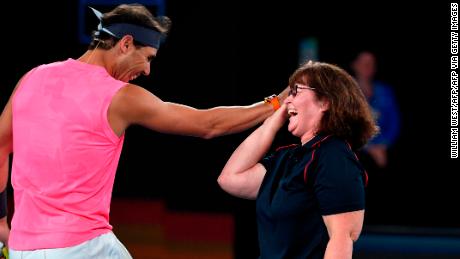 "It's been hard to watch," said the Swiss star of the bushfires. "You get it through the news how bad it really is, but then you hear more and more about it and you get the sense that it's really, really bad. Then you get down here and you speak to the people as well who have been affected — it's been difficult. "You wish that doesn't happen in your country. In Switzerland we're quite lucky, we don't have these extreme situations. Always happy to help, always happy to lend my time or my money for that matter. It was an absolute pleasure to be here."READ: Australian Open suspends practice over air quality concernsKyrgios started a wave of support from the tennis community when he agreed to donate $140 (200 AUSD) for every ace he hits at upcoming tournaments, an offer which has sparked similar gestures from fellow players. 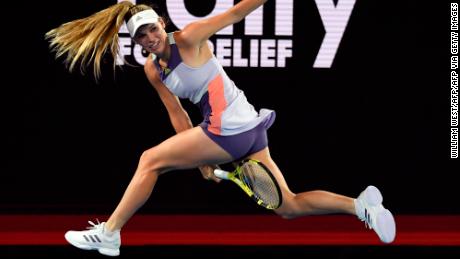 Tennis Australia has pledged $69 (100 USD) for every ace hit at tournaments leading up to the Australian Open, of which there have been 4,104 so far. The organization is also donating Read More – Source